With the vote to begin recreational marijuana sales in California, cannabis business owners must navigate new waters to establish themselves with consideration of local and state laws. They also must circumvent federal laws, which still prohibit marijuana sales and use. 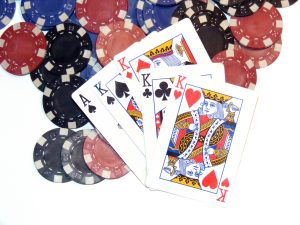 Another major consideration that is coming into play is how to co-exist with other businesses. Partnerships between mutually beneficial businesses can be highly profitable for all parties involved. However forming such deals can be tricky given the perceptions around the cannabis industry as well as non-cannabis businesses wanting to remain compliant with all relevant laws.

Before joining forces with sister businesses, it’s important for cannabis entrepreneurs to speak with a marijuana lawyer with an expertise in laws to guide you in best practices for a partnership.

One such partnership has recently come into question in California’s neighbor state of Nevada, which voted to legalize the sale of recreational marijuana in 2016. However, according to the law, cannabis can only be consumed in a private residence. That means the abundance of tourists who pour into Las Vegas and the surrounding areas each year cannot use marijuana in casinos, hotels, or the many other attractions in the area.

That’s why the Nevada Gaming Policy Committee recently began reviewing ways for the casino industry to work with cannabis businesses, both recreational and medicinal, according to a report by casino.org. While many states with marijuana legalization on the books prohibit public use, the issue affects Nevada more than other states due to its massive tourist industry.

The 12-member panel, consisting of top government and business leaders in Nevada, will hear arguments as to why marijuana use should be allowed inside casinos from experts, including the CEO of Colorado’s Marijuana Business Daily, host of the Marijuana Business Convention & Expo.

However, Nevada’s Gaming Commission has already taken a strong stance against marijuana use in gambling resorts, reinforcing that it has no interest in changing the laws, but rather wants to interpret the current law and apply it accordingly. Thus far, the commission has ordered casinos to not only forbid marijuana use on property but also to refuse to host conventions and events related to the cannabis business industry. One resort took it a step further and has denied known representatives of the cannabis industry access to its rewards program.

This type of oversight is going too far, considering the economic boon available to casinos and resorts that play ball with the marijuana industry. Marijuana-related conventions and meetings could still be forced to comply with the laws regarding usage while resorts capitalize on the influx of attendees. For example, the most recent Marijuana Business Conference & Expo brought more than 10,000 visitors and 700 vendors into Las Vegas, a perfect opportunity for many cross-promotional benefits that could still comply with state law.

It is the hope of many cannabis business owners and convention operators that the committee will recommend the commission ease up on some of these restrictions, particularly the ones that seem to be overly cautious and not actually a reflection of the laws at hand. California marijuana attorneys will be watching these events very closely as the state continues to establish its own rules and regulations.