A decade after filling for the right to be heard on the merits of marijuana as medicine, patients have been granted an October court date for oral arguments at the U.S. Court of Appeals for the D.C. Circuit. 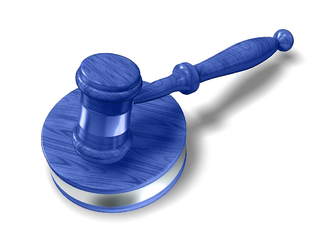 Los Angeles marijuana lawyers know this is an important victory, as it will challenge the federal government’s classification of marijuana as a dangerous drug with absolutely no medicinal value. This is the core basis on which federal prosecutors have been launching their attacks on dispensaries throughout California.

But this petition to be heard began way before last fall. In fact, the Coalition for Rescheduling Cannabis (or the CRC) requested this hearing way back in 2002.

Current prevailing science shows a wide range of useful and even crucial medical purposes for cannabis, and much of that evidence will likely be presented before the appeals court. As a spokesman for the Americans for Safe Access was quoted as saying, the hearing is a rare chance for ill patients who depend on marijuana to confront the political hype and rhetoric with the indisputable and unbiased scientific proof of its value.

While the hearing will take place in Washington D.C., whatever decision is made will be relevant throughout the country. If the patients are successful, they will have struck down the basis for the federal government’s anti-marijuana stance. This could have a ripple effect on all the court cases currently pending in California regarding the assault on medical marijuana dispensaries which are legal under state law, but are viewed as illicit drug dealers through the lens of federal laws.

One of the key studies likely to be cited by patients and their advocates at this hearing is one that as recently published by Dr. Igor Grant in The Open Neurology Journal. This is a prominent doctor and a well-respected publication. The conclusion of the study is that the federal government’s classification of the plant as a Schedule I narcotic, which are defined as those drugs that have a high potential for abuse, have no accepted medical use in treatment in this country and have a lack of accepted safe use of the drug under medical supervision. This puts marijuana in the same category as heroin through obviously skewed logic.

While dispensaries have been fighting to fend off government efforts to have their doors shuttered, in many cases, they have been barred from presenting any evidence of the medical value of the drug in their defense. A favorable ruling by this appeals court could open the doors to allow medicinal value as a defense in these cases.

This will involve thoroughly-tested and well-supported evidence of marijuana as effective and appropriate medicine for ailments including migraines, Alzheimer’s, multiple sclerosis, chronic pain and terminal cancer. In a way, it’s good news that the court took as long as it did to decide whether to hear the issue because in the interim 10 years since the original petition was sent, there have been a number of studies indicating those benefits.

Since 1996, 17 states and the District of Columbia have adopted some form of legalized marijuana for medical purposes, with California having been the first in 1996.

In addition to the scientific studies, the appellate panel of judges will hear from the following lead plaintiffs: