An initiative that seeks to limit the number of marijuana storefronts in Los Angeles to about 130 has gained approval from the city clerk to begin collecting signatures for a ballot measure that could be voted on next spring. 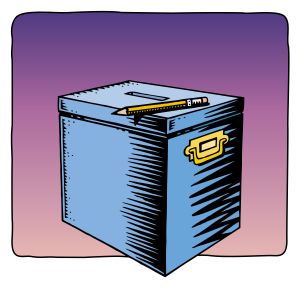 Our Los Angeles marijuana lawyers know it is one of several efforts taking place at the grassroots level to try to quell city officials’ concerns about the proliferation of marijuana storefronts, while simultaneously continuing to provide safe access to ill patients.

The Los Angeles City Clerk announced just before Halloween that the measure would limit the number of dispensaries to those that have existed continuously since a fall 2007 moratorium was enacted in L.A. Hundreds of new shops have opened since then, though federal crackdowns through the use of raids and threats of criminal charges and property liens have forced many to shutter-up.

The group that is proposing this initiative, which includes the Greater Los Angeles Collective Alliance, are targeting the measure to be on the May 21st ballot. In order to do that, they would have to secure some 41,140 signatures before Dec. 7.

That’s a tall order, but it’s certainly not impossible, given the speed with which Los Angeles voters signed a measure to repeal the “soft ban” that was enacted just a couple months ago.

In summary, the initiative would allow for regulation of associations of six or more qualified patients and/or primary caregivers who grow, possess, distribute, delivery or give away marijuana to an unlimited number of patients for strictly medical purposes. The measure would exempt associations of five or fewer patients and/or primary caregivers who do the same. It would also allow limited immunity from legal action for all of those marijuana operations that had been open since September of 2007, provided they have not ceased operation for more than three months except to relocate or in response to federal action; are not violating city zoning laws; pass local police background checks; and keep a certain distance from parks, schools, churches or other designated areas.

The measure would also set operating standards that the city could enforce and penalize if violated. It would also grant the city the right to permit the operations that are granted immunity by the ordinance.

Make no mistake – this measure would result in a severe slashing of the number of dispensaries and collectives that currently operate.There are an estimated 1,000 or so marijuana storefronts in Los Angeles as of today.

A second initiative that is being considered, but not yet approved for signature gathering, would be far less restrictive. That measure essentially aims to close those shops that are located too close to parks or schools. That would mean the majority of shops that are open could remain so as long as they filed the proper paperwork with the city and agreed to follow other rules, such as being closed at or before 10 p.m. Additionally, all employees would have to undergo background checks.

Our marijuana lawyers will be closely following the developments surrounding both plans.