The passing of Proposition 64 in 2016 legalizes recreational marijuana in California as of January 1, 2018. This will increase the opportunity for marijuana businesses to grow throughout the state. 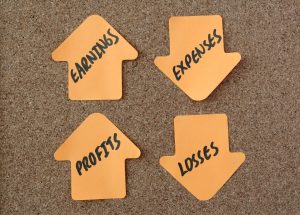 According to an article from Forbes, California cannabis business owners are projected to make $5.2 billion in revenue in 2018, with about $1 billion in tax revenue lining state coffers.

But for every new road that is paved on the way to full legalization, there are numerous bumps along the road. California business owners expect plenty of marijuana regulations, with local governments in the state being given a great deal of jurisdiction over whether or not to allow commercial marijuana production and sales.These marijuana regulations and many others were recently discussed during the Marijuana Business Convention & Expo (MJBizCon), according to the Sacramento Bee. Topics included local ordinances, mandates to test and track marijuana, packaging, and potency standards (such as serving sizes).

New regulations have also increased oversight through licenses and fees, as well as recommendations for inspections and advertising, speakers at the event said. All of that in addition to California state and local taxes of up to 45 percent have many in the industry concerned about the potential detrimental effects on profit margins.

Also on the minds of many at the convention was the issue of overproduction in California, which could continue to increase now that the state has decided not to cap growing sites at one acre. The California Growers Association says this disadvantages smaller farms. It also raises questions about where exactly the crops are traveling, with some estimates claiming only one-sixth of marijuana produced on California farms is actually consumed in the state.

Some in the cannabis industry are concerned these regulations and taxes make honest businesses vulnerable to unfair competition with the black market. While legitimate businesses are burdened with red tape and costly tests and reports, businesses operating illegally can disrupt the market. Panel members at the conference said they are hopeful, however, that as sales numbers start coming in and negative perception is quelled, regulations will ease up at least at the local level.

Once a company can get beyond those challenges, they may find profits are difficult to manage when a vast majority of banks will not take on known marijuana business clients due to the risk of losing their federal charter, according to the Forbes report. This is costing businesses extra money in safes and security measures. There are workarounds on the horizon, including systems and programs that keep banks in compliance with the 2014 Cole Memorandum, which was intended to protect cannabis companies who follow state laws from federal prosecution.

However this protection is not guaranteed. Everyone along the chain of California marijuana businesses feels a target on their back as the federal government continually threatens to crack down on states by enforcing national bans on cannabis. Speakers at the convention pointed out that comments by U.S. Attorney General Jeff Sessions have caused large companies to be cautious about investing.

Such marijuana regulations and burdens can make starting a cannabis business very costly. Even worse are the fines that can follow should these regulations not be implemented. Nevertheless, in the face of all of these obstacles, the sheer volume of potential customers, and thus profits, has many clamoring to join the marketplace.

With the proper guidance and full understanding of the marijuana business in California, there is plenty of room to thrive and profit. This is why is it essential to talk to a marijuana business attorney, who will make sure all regulations are addressed in the most cost-effective way possible, while avoiding future penalties that could prove very costly, or worse, ruin your business altogether.

California regulations could snuff out profits for marijuana businesses, Nov. 21, 2017, By Brad Branan, The Sacramento Bee