As local and federal officials continue their assault on law-abiding medical marijuana dispensaries and patients, another problem is washing ashore.

Maritime marijuana – cleverly dubbed “Seaweed” by the local public radio affiliate – has been found in boats and in bales along the Southern California coastline with increasing regularity in recent months. 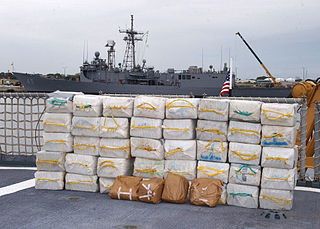 Los Angeles marijuana lawyers would point out that given that these incidents are almost certainly indicative of a growing international drug-smuggling problem, it seems curious that the U.S. government wouldn’t shift its focus toward these issues, rather than continuing to target legal domestic marijuana grow and distribution shops, which can be taxed – and regulated – by local and state authorities.

According to authorities with the U.S. Coast Guard, a recent maritime marijuana seizure marked a 50-ton milestone for the border region this fiscal year. In all, there have been 56 marijuana boat seizures or abandoned boats discovered since the beginning of October last year – around the same time that the feds began their crack down on California’s marijuana dispensaries.

This is not a coincidence. When you cut off the supply of locally and legally-grown pot, it forces people to go underground to get their medication. It’s not rocket science, and yet, the feds haven’t seemed to figure this out, despite the repeated warnings.

The Coast Guard says this is four times the amount seized by this time last year.

All total, it’s about $91 million worth of marijuana.

The most recent happened about 160 miles off the coast of Los Angeles in the Pacific Ocean. That’s where authorities found a boat with 8,500 pounds of marijuana, estimated to be worth nearly $8 million. The marijuana was clustered into about 340 bales and was found on a Mexican “panga,” which is a small boat that is often used by smugglers to move several-ton loads of everything from weed to illegal immigrants from Baja.

Around the same time, officials in Santa Barbara County intercepted a smuggling boat that reportedly contained 300 bales of marijuana that contained more than 6,600 pounds. Thirteen men, including four U.S. citizens, were also arrested in this incident. Authorities say this haul had an estimated street value of about $10 million, though it’s not clear why there is a price discrepancy between this and the bigger haul near Los Angeles.

Coast Guard officials, working with interdiction teams with the U.S. Customs and Border Protection and the Immigration and Customs Enforcement, were quoted as saying that these drugs only represent a small fraction of the smuggling that’s going on, and further stated that the money raked in from this type of trafficking is the fuel for other crimes, particularly those involving violence.

We know, however, that medical marijuana has been proven in recent studies to have no negative affect whatsoever with regard to crime. The difference between this operation and legitimate dispensaries is the culture surrounding them. Illegal drug smugglers are often additionally involved in crimes like human trafficking and gun violence.

It would not be a shocker if we began to see an increase in these types of crimes as well, directly as a result of government shutting down legal marijuana dispensaries, as opposed to working with them to ensure the supply isn’t obtained underground or illegally.