Los Angeles is far from the only city that has grappled with the question of a municipality’s authority to enact a ban on medical marijuana dispensaries within a given district. 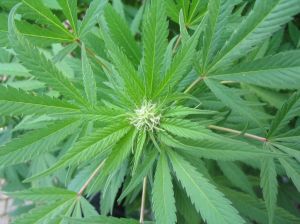 In fact, our Los Angeles marijuana lawyers know that the issue is one that has been weighed by state attorneys general and state supreme courts on numerous occasions in recent months.

In that case, a dispensary is challenging the ban in Riverside. As a spokesman for Americans with Safe Access had pointed out, allowing such a measure to stand would mean the entire middle and southern portions would have bans – which promotes neither uniformity nor safe access.

The fact that we have multiple high courts weighing this issue means there may inevitably be conflicting determinations, which opens the door to the possibility that the U.S. Supreme Court will address the issue.

In Massachusetts, State Attorney General Martha Coakley issued a decision in mid-March, holding that cities and towns may NOT enact total bans on medical marijuana dispensaries, as it would be in conflict with state law. Such an action, Coakley determined would in essence frustrate the purpose of the medical marijuana law that was approved by voters in that state just last November.

The presumption is that if one municipality can do it, presumably all can, which would render that November vote essentially useless.

But even if cities don’t have the power to bar dispensaries entirely, Coakley wrote, city officials may adopt zoning bylaws that would result in mores stringent regulation of the facilities.

Moratoriums, Coakley said, may only be passed if temporary and serving a specific purpose.

Meanwhile, in Michigan, the state supreme court agreed earlier this month to weigh a medical marijuana ban that was enacted by officials in a small city called Wyoming, a suburb of Grand Rapids.

There, city officials enacted a 2010 ordinance that makes cultivation of marijuana plants, even for medicinal purposes, a violation of city zoning laws. However, that measure was challenged by a patient with diabetes. The case first went to district court, where the town won, but that decision was overturned on appeal.

So now, the state’s supreme court has agreed to take on the issue.

States that have newly enacted medical marijuana legislation are hoping to get around this issue by capping the number of dispensaries allowed from the very beginning. In some cases, they make the process of opening a dispensary time-consuming and tedious.

Still, many others would rather simply leave the issue to individual municipalities to duke out.

Cities argue that such action is within their rights because marijuana is still considered a Schedule I narcotic under the federal Controlled Substances Act.

Challenges by medical marijuana dispensaries, patients and advocates help to provide greater clarity on what is legal and what isn’t.

Los Angeles city officials enacted a ban last October, but that measure was later repealed in the face of significant opposition. Now, the question of regulation in L.A. will be decided in a ballot measure next month.