Ahh! Great idea. San Jose wants to make collectives grow all of their medical marijuana on site. Our Orange County medical marijuana defense attorneys suppose the next complaint will be break-ins at dispensaries in the area. Or that they are too big.

Whether it’s the medical marijuana ordinance in Las Angeles or silly rules as far away as San Jose, local governments continue to pander for the cameras rather than addressing budget concerns and other dire needs of the day. From coast to coast, a look at the apparent agenda of far too many local politicians would suggest there are few pressing concerns other than infringing upon the constitutionally guaranteed medical marijuana rights of patients. 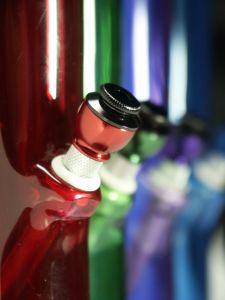 In the meantime these elected officials are costing their communities millions of dollars in legal fees — fighting an issue that was decided by voters while Bill Clinton was in the White House.

Harborside Health Center is a collective located in a North San Jose industrial park. At 6,000 square feet, it is the city’s largest collective but would have to become three times larger — a virtual Wal-Mart of cannabis — in order to be large enough to grow all of its own product on site.

Local politicians will probably pass size restrictions next. That, or federal drug raids will target these operations.

The basic issue here is that the politicians don’t have any idea what they are talking about. Election to office does not make one an expert on all things. However, far too often not enough research is done before passing arbitrary laws. A perfect example is the airport use tax being debated in Congress. The idea is to charge private planes a tax for landing. Sounds simple (ok, kindof simple aside from the brand new bureaucracy that would be created to charge, collect and distribute the tax). But what far too many politicians have not properly considered is that pilots often practice landings in order to improve their skills and avoid accidents. By passing the use tax, Congress could simultaneously discourage pilots from practicing — thereby increasing the number of airplane crashes!

San Jose has some time. Council is meeting on the issue to discuss several other elements, including:

-How many medical marijuana collectives should be permitted. Council is looking to reduce the number from 140 to 10. We guess that means there will be about 130 lawsuits to defend. Not to mention marijuana superstores to meet the demand.

-How will council choose which collectives live and which die?

-Where will the city allow collectives.

For too long, San Jose has been outright hostile to the medical marijuana industry — forcing patients to go to San Francisco, Berkeley or elsewhere in order to obtain their medicine.

Oh yes, and just by the way: None of San Jose’s current medical marijuana dispensaries could satisfy all provisions of the law as it’s currently proposed. In other words, all 140 would be deemed illegal.