Could medical marijuana by a viable – and much safer – alternative to opioid drugs? A growing body of evidence suggests this to be true, but as a recent Scientific American article noted, scientists are having to trudge through heaps of red tape just to study it. 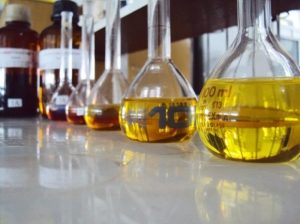 It was two years ago that we learned of findings uncovered by the Johns Hopkins Bloomberg School of Public Health in Baltimore, published in the Journal of the American Medical Association (JAMA) which showed that in states where medical marijuana had been approved between 1999 and 2010, there were 25 percent fewer people dying from opioid overdoses. This is major when you consider the scope of the prescription pain medication epidemic nationally, particularly addictions and overdoses involving Vicodin and OxyContin. The Department of Health and Human Services reports more than 165,000 Americans died from prescription opioid overdoses between 1999 and 204. The social and health costs of this drug abuse are estimated to be $55 billion annually.

This had lead researchers on a quest to find a less risky alternative for those in desperate need of pain relief.

Some 15 years ago, doctors started to hear that patients were turning to marijuana to treat their pain, to avoid the negative effects of opioids. Those anecdotes are what prompted the Johns Hopkins researchers to launch their study. However, that research, spearheaded by Marcus Bachuber, assistant professor of medicine at Montefiore Medical Center in New York City, couldn’t say conclusively that it was use of marijuana that was directly resulting in fewer opioid deaths. Plus, Bachuber was counting both prescription opioid deaths, as well as those attributed to illegal heroin. But this study opened the door to further research.

A recent study published in the Journal of Pain indicated that of 185 medical marijuana patients in Michigan using the drug to treat their chronic pain, a significant number had slashed their opioid usage by more than half.

Another recent study published in the Clinical Journal of Pain indicated that of more than 175 patients suffering from chronic pain in Israel, 44 percent stopped using prescription opioids within just seven months of beginning to take medical marijuana.

Of course, each of these studies has grappled with certain limitations. These and others haven’t been focused on whether cannabis is an effective and less risky alternative to pain medications. The few that have showed encouraging results, but those were all limited to small patient samples. A big part of the reason for that has been government restriction on the drug.

Researchers say the best way to tell if medical marijuana in Orange County would be an effective alternative to powerful prescription painkillers would be to launch experimental clinical trials that might help to clearly show any cause-and-effect relationship. But it’s tough to do that, researchers note, because the U.S. government still stubbornly classifies marijuana as a Schedule I narcotic that has no currently accepted use as medicine and a high potential for abuse. A number of other countries have the same type of restrictions.

When the U.S. Drug Enforcement Administration (DEA) was recently pressed once again about lifting the restriction, it said it could not do so because there was a lack of research to show the drug had valid medicinal properties. It’s a classic Catch-22 situation – and these officials aren’t blind to it.

That means researchers are left to try to press forward as best they can with the tools and techniques available. Progress is moving slower than we’d like – but it is still marching on.