Sadly, the feds have shut down the firstCalifornia Medical Marijuana dispensary to operate under Proposition 215. 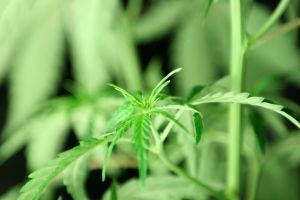 Our marijuana lawyers in Los Angeles know the club had been in existence since 1996 until it was first shut down by the United States Attorney’s Office in 2011.

The U.S. attorney with the help of the Internal Revenue Service have taken more than a landmark business from its owners, however.

A former owner of the once legendary marijuana dispensary in California has been forced to give up her business, pay back taxes in the amount of $10 million and has even had her future social security benefits zeroed out.

Unfortunately, the IRS is still after the remaining $3 million in back taxes that have not yet been paid.

The owners of the now defunct marijuana dispensary have resorted to auctioning items from their business to cover mortgages and other debts while they live with friends and contemplate bankruptcy.

The Internal Revenue Service has confiscated the last $10,000 in savings held by one owner and her vehicle has been repossessed.

The case involving personal assets being confiscated really makes a case for possibly incorporating instead of running a dispensary as a sole proprietorship.

The United States Attorney’s office has not stopped at going after the former owners of the dispensary and has grown its case to include the owner of the building the dispensary was operating in.

There have been some signals that the Obama Administration wants to be more lenient toward marijuana businesses, such as the recent announcement that banks will be allowed to do business with marijuana sellers who are operating legally.

These regulations will hopefully carry more weight than the guidance memos released by the Department of Justice which have been completely ignored by some United States Attorneys, including the one who helped put the dispensary mentioned above out of business.

One could argue that some U.S. Attorneys are completely out of compliance with recent guidance from the Attorney General of the United States. In California, representatives have sent a letter to the U.S. Attorney who is out of line requesting that she refrain from prosecuting legally operating marijuana businesses.

As far as California is concerned, there have been recent talks that an initiative to legalize recreational marijuana use is in the works and could appear on the ballot as early as November of 2014.

Some preliminary field polls have indicated 55 percent support in favor of legalization in California.