Medical marijuana is very much a drug that can help millions of patients who often have tried many United States Food and Drug Administration (FDA)-approved drugs and saw no major relief.  However, marijuana is not like these FDA-approved drugs. Because there is no legal way to produce medical marijuana under federal law, it is not regulated by FDA.  This means there is no safety testing or approval process. 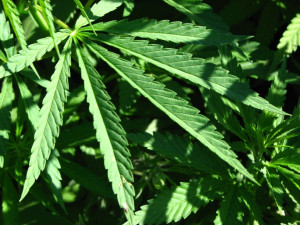 While on the one hand this is a good thing, as real life evidence might not line up with FDA clinical trial requirements, there are some legitimate concerns about safety.  There are also other issues that arise as a result of the fact that marijuana is a also a plant – a plant that is grown on a farm like corn, or wheat, or tomatoes.

Since we are also dealing with a crop, we have to make sure that cultivators do not use any pesticides that may harm people or even the environment.  While there is oversight by the FDA on the drug aspects of medical cannabis, there is also no federal oversight from the United States Department of Agriculture (USDA) as we have with all other food crops.  This is not to say there is no regulation, as states such as California do inspect marijuana cultivation sites and do require growers to comply with state environmental laws and agricultural laws.

In a recent article from The Denver Post, we see that a medical marijuana product known as Life Flower has just been the subject of a major product recall because state regulators learned that the cannabis was sprayed with an unapproved pesticide.  There are various types of pesticides, and while some are allowed on non-edible plants such as trees and shrubs sold at nurseries, that same pesticide might not be approved for food crops.

This particular pesticide was specifically banned for use on marijuana crops, according to a state official who commented for the article.  This most recent recall involved nearly 100 “lots” of marijuana crops.   This particular product was known as Guardian, and while the pesticide was banned in January, there are still crops producing marijuana buds, and they should not be sold, but companies are still trying to get to the market to avoid losing a significant amount of money.