Local authorities in Mendocino County should be commended for their efforts in contesting a federal subpoena demanding information about those who obtained marijuana cultivation permits under the now-defunct county permitting program. 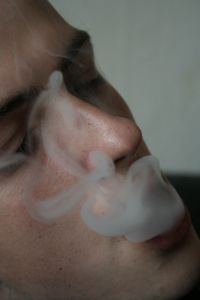 Our Los Angeles marijuana lawyers recognize this as a rare incident in which local authorities are standing up to the federal government in favor of medical marijuana providers.

The program, County Code 9.31, was passed in 2010 and issued permits to medical marijuana farmers for up to 99 plants. The measure was passed in response to a series of robberies that had occurred at newly-opened medical marijuana facilities throughout the area, which lacked local regulation. Some growers were causing environmental havoc by illegally logging, grading and diverting creeks in order to cultivate a large quantity of crops. Local lawmakers wanted patients to have access, but they needed tighter controls too. The local ordinance accomplished this.

Local growers were required to register with the sheriff’s office. They were required to install security fences, surveillance cameras, undergo four inspections annually and pay permitting fees that topped $6,500 each year.

Even then, the first person to register through the program had her farm raided by authorities with the U.S. Drug Enforcement Administration.

But the program didn’t end there. More than 90 people signed up and were legally permitted the following year, and local officials said the program paid for itself, bringing in roughly $600,000 over the course of two years. It allowed local law enforcement officials to focus their energies in areas where it was actually necessary.

But the program was eventually halted, amid threats from federal authorities to personally prosecute county leaders if it were continued. Still, that apparently wasn’t enough for the feds. In October, prosecutors with the U.S. Department of Justice demanded the county hand over records regarding the program and those who applied to participate.

A federal judge in San Francisco has been asked by Mendocino County authorities to quash the subpoena. Advocacy groups who are aiding the county in fighting the demand have argued that to hand over such information would be a violation of privacy rights, as it would reveal certain confidential medical information, as well as bank information of private citizens who sought to adhere to local regulatory efforts.

Additionally, similar measures were rejected in other courts.

Essentially, both growers and county officials were acting in good faith to try to comply with state laws regarding regulation. Were the judge to allow the subpoena to stand, the advocacy groups said, it would send a message that marijuana providers should operate underground – which is not in the best interest of patients, growers, local authorities, taxpayers, citizens or the federal government.

The subpoena gives no indication what federal prosecutors aim to learn from these documents. This makes it look an awful lot like a fishing expedition. One district supervisor has referred to this as the “kitchen sink approach.” In other words, prosecutors are demanding “everything but the kitchen sink,” hoping to find evidence of criminal activity that they may be able to then take to court.

A decision could be expected as early as February.