Medical marijuana was legalized in New Jersey back in January of 2010. 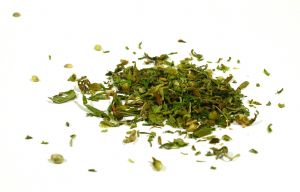 But it hasn’t been sold there at all between then and now because of a host of red tape issues that snagged the process for months on end, even as patients began registering with the state’s Department of Health back in August.

Now, Los Angeles medical marijuana lawyers understand, that’s about to change. This month, the Greenleaf Compassion Center was granted formal permission to begin operating in a former drug paraphernalia shop, under the regulation that it only offer reduced potency strains of the drug.

Officials had previously said they had expected to the facility to be operational by September. Any further delays are likely to be a result of awaiting a certificate of occupancy following extensive renovation of the facility.

ID cards are expected to be mailed to nearly 200 patients in the area after the doctors certify the prescription with the health department. An additional 130 patients have pending registrations, and about 175 doctors have registered.

It’s been more than a year since five facilities had previously applied to be allowed to operate. However, the state has kept a tight handle on restrictions, and essentially made it very difficult to obtain permits. Officials said they wanted to ensure that state and local officials aren’t faced with the same kind of challenges that have put California’s dispensaries at risk for shut-down and federal intervention.

New Jersey is one of 17 states in the country, including California, to allow the distribution and sale of marijuana for medicinal purposes. Still, the federal government lists marijuana as a Schedule I drug and deems it illegal. However, despite promises from the federal government not to pursue criminal charges against dispensaries who abide by state laws, we in California haven’t seen that to be the case in reality.

It will be important to see whether New Jersey’s caution in dispensing permits translates to reduced action by the federal government.

A second facility in New Jersey, Compassionate Sciences Alternative Treatment Center, is expected to go before the zoning board to detail plans to turn a now-vacant furniture store into a dispensary.

The patchwork of conflicting policies, practices and court rulings have led dispensary operators and patients in an odd and confusing situation, often not knowing whether their actions are legal or not.

For the sake of patients and honest dispensary owners in New Jersey, we hope similar scenarios won’t be repeated. The future may hang on the decision made by appellate judges in D.C. The case challenges the federal government’s classification of marijuana as a Schedule I drug.