Mobile medical marijuana dispensaries seemed to be a solution to a host of issues encountered by brick-and-motor locations. They could avoid issues with being too close to certain structures, such as schools or day care centers. They could deliver the medicine directly to patients who might otherwise be too ill to retrieve it themselves. They could move to areas as the demand shifted. There was less concern about civil asset forfeiture, and they created a reasonable means of entry into the industry. 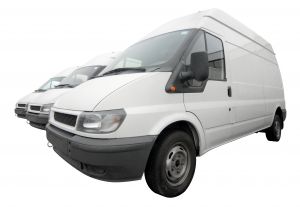 However, they have become a prime target of both federal authorities and local municipalities. Most recently, city council members in Pismo Beach, just south of San Luis Obispo, voted to outlaw mobile marijuana dispensaries.

The measure didn’t come as a complete shock, however, as the city was merely updating its overall ban on medical marijuana dispensaries. There were no members of the public who showed up to speak on the issue, and council members had no discussion before passing the measure.

That’s in contrast to a decision made last year by the city council in Paso Robles, which agreed in a 3-2 vote to allow mobile marijuana dispensaries, even though brick-and-mortar locations have been barred since 2007. That ban failed to include mobile delivery services, and after a heated, months-long battle, the council there finally agreed to allow the mobile dispensers to continue their operations. In that case, more than a dozen members of the public had come out to voice support of the measure.

Meanwhile, federal drug agents in San Diego started cracking down on mobile marijuana operations in 2013. Agents called these operations “no different than a guy selling dime bags in the back of a van.” They pointed to the need for mobile dispensaries to travel with armed guards as reason to shut them down. That argument ignored the fact that such protection often helped dispensary owners avoid potentially violent confrontations.

Our mobile dispensary lawyers recognize the goal is rarely about targeting drug dealers or those who disregard state law. They want to shutter safe access. First, they went after store-front locations. The mobile dispensaries were the next logical target.

It’s been our experience that mobile medical marijuana services are sometimes a safer and more cost-effective means to operate a collective and to provide medicine to members who can’t or don’t wish to grow for themselves.

Recently in December, a Los Angeles County Superior Court judge ruled that a mobile app offering the first mobile medical marijuana logistics service had to be halted. Creators of the app argued they weren’t selling the drug themselves, but were merely connecting patients with dispensaries. However, the judge cited with the L.A. Attorney’s Office, which had made the cease-and-desist demand.

Marijuana delivery operations are still legal in a number of areas surrounding Los Angeles, but it’s imperative operators consult with an experienced attorney to avoid any unexpected – and costly – penalties.