The British couple was quiet, unassuming – and harboring a big secret. 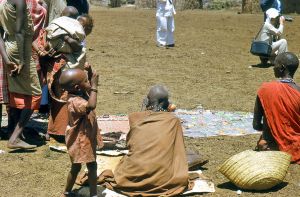 According to The New York Daily News, the pair was spearheading a large marijuana cultivation operation in Britain. This might not make international news, were it not for the more surprising fact of what they were reportedly doing with the profits: Using it to provide critical aid residents of a poor village in Kenya.

Despite this fact, Los Angeles marijuana lawyers have learned that a British court recently sentenced the couple to three years in prison.

Were a similar case to crop up in the U.S., certainly the charitable use of the profits would be presented as a mitigating circumstance.

Marijuana cultivation in Britain is punished in much the same way it is here in the U.S. Marijuana is allowed for a limited number of medical purposes, and under U.K. law it’s considered a Class B drug. According to the BBC, a simple charge of possession can result in a maximum five-year prison sentence (something that is good to know for U.S. residents traveling there). Additionally, conviction for supplying the drug can result in a prison term of up to 14 years. In some cases, however, first-time offenders may be given a reprimand and penalty fine.

A recent, six-year study in Britain is currently giving weight to the advocacy for marijuana legalization in a number of states in the U.S., including Washington, Oregon and Colorado. The 173-page study from the United Kingdoms Drug Policy Commission indicates that simple use of marijuana does not cause problems, and in fact, most users do not experience any significant problems. Further, many have actually derived significant benefit from it, something that is often ignored by policy makers both here and overseas.

In this case, the 62-year-old man and 63-year-old woman reportedly cultivated and produced thousands of pounds of marijuana at their farmhouse. They hadn’t actually been hurting anyone, and in fact, police only ended up stumbling on the operation accidentally. Officers were responding to a burglary call and while chasing the suspect near their farm, recognized a distinctive smell. The investigation resulted in the pair’s arrest after officers found 20,000 British pounds currency in a carrier bag, as well as nearly 160 marijuana plants.

The couple had previously explained their increased electric bill as having to do with a pottery business they were attempting to kickstart. The kiln, they said, was an energy suck.

But the couple hadn’t been hoarding their profits. According to The Guardian, they had used the $600,000 they had earned through sale of the drug to pay for life-saving surgery for one villager who had gangrene in his leg, as well as computers for an eye hospital and education for school children.

Still, the pair ended up pleading guilty to four charges of producing cannabis and another charge of possessing criminal money. (Again, the exact names of the charges vary to what we would see in the U.S., but the basic principles are the same.)

The couple’s attorney later said that just flying back and forth to Kenya was expensive, but they were putting the majority of the money they earned from cultivation into enriching the lives of the villagers.

Still, a British judge chastised them, saying the fact that they were doing charitable things with their money was likely only to “appease your consciences.”