A new survey on medical marijuana showed that some of the biggest supporters of the legalization of medicinal cannabis are doctors in the United States. This should come as no surprise, as our Los Angeles medical marijuana lawyers know that the health benefits of marijuana have become abundantly clear as cannabis has been used to treat more conditions. Doctors want to help their patients, and there is little justification for the continuing illegality of a safe and natural method to provide relief from so many ailments. 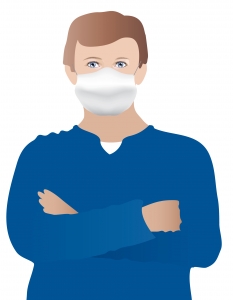 The surveys showing doctor support make clear yet again that the medical marijuana movement is about improving the health of citizens throughout the United States. Hopefully as more medical professionals make the case for cannabis legalization, the federal government and remaining state holdouts will change the laws to make it easier for sick people to get the drugs that can help them.

A survey of more than 1,500 medical doctors and almost 3,000 consumers found that support for medical marijuana use was actually higher among doctors than among average citizens.

Survey participants were asked if they thought that medical marijuana would be able to help with certain conditions. A total of 69 percent of doctors answered in the affirmative while just 52 percent of consumers thought marijuana could be helpful.

Among the doctors surveyed, 67 percent said that they felt that medical marijuana should be a treatment option that is available to patients. In states where medical marijuana has not yet been legalized, half of the resident doctors said that the law should change. In the 10 states that are currently considering whether to pass a law allowing for medical marijuana, 52 percent of doctors indicated that legalization of medical cannabis would be a positive choice.

Consumers were less in favor of widespread legalization than the medical professionals who treat sick people. Just 50 percent of consumers supported nationwide legalization, including 49 percent of people who live in states where there are currently no laws permitting medical marijuana.

Less than half of the consumers surveyed felt that medical marijuana advantages outweighed the risk, with only 44 percent saying the benefits were more important.

The fact that doctors are so positive about medical marijuana, and not very negative about recreational marijuana, suggests that it is not health concerns that are the reason why marijuana is still an illegal drug.