According to the San Francisco Gate, medical marijuana patients may soon have safer and cleaner medical cannabis.  However, this cleaner and safer marijuana will come at an increased cost of around 10 percent, based upon a new regulations package from the state. 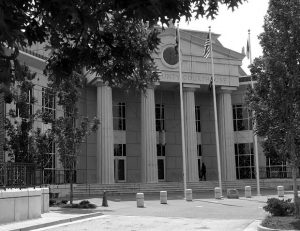 These new regulations are in the form of what are known as draft rules that have been promulgated by the three state agencies that have oversight over the medical marijuana business. This rules package will affect how medical marijuana is gown, processed and distributed throughout the entire state. However, based upon the process of how these types of regulations take effect, there are 45 days from the day they are first released until they are binding.  There is also a companion set of regulations that will be effect by the end of next year.  For those in the medical cannabis industry, this can be rather confusing.  For this reason, the best thing you can do is to speak with and experienced Los Angeles medical marijuana attorney.

One major change as a result of the new rules is that all medical cannabis sold or dispensed in California must be tested at a lab.  There are also limits on the amount that can be dispensed to a single patient in a single day.  When dealing with cannabis flowers, a patient can only purchase up to eight ounces in a single day.  Free samples, which some medical marijuana dispensaries provide to patients, will now be banned.

As discussed in this article, California legalized medical marijuana back in 1996, and it was the first state to do so.  However, there were very few regulations at the state level for most of that time.  This created a huge industry that is leading the nation in sales and profits, yet it was like the Wild West in terms of regulations. This all changed when the state legislature passed a bill that constituted a massive overhaul that shifted regulation for the local counties and cities to the state, and it created a new agency to regulate the sale of medical cannabis.  These new rules are adding on to this system overhaul, yet there are still a lot of things in flux, as voters passed legalization for the recreational use of marijuana.

In addition to the changes listed above, the new rules package will limit the hours that dispensaries can stay open and require environmentally friendly power to be used for a large part of all indoor grow operations. There will also be limits of how much THC can be in edible cannabis products and changes to the packaging requirements.

While all of this may be confusing, there will be little leniency on the part of state regulators for those who do not follow the new rules.  It will be essential to seek legal advice from attorneys who handle these matters on a regular basis.  There any many attorneys getting into the game now that we have a billion-dollar industry, but when you have a consultation, you should ask how much experience that attorney has representing those in the medical marijuana industry.