There are many drugs that are known for their highly addictive qualities: cocaine, pharmaceuticals, alcohol, even cigarettes. Addiction and chemical dependency are dangerous and can threaten the health and quality of life for users, but diagnosing and treating physical addiction can be complicated. Critics of marijuana legalization and other public health organizations have raised concerns about addiction. According to new research, their concerns may be valid. A recent study shows that those who have used marijuana daily for four years or more could undergo certain changes to the area of the brain commonly associated with addiction. 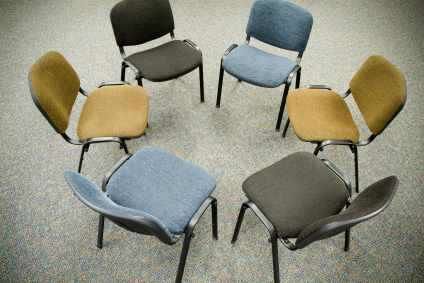 The research looked at the brains of 48 chronic marijuana users and compared MRI images to 62 persons who do not use marijuana. According to the investigators, those who had been smoking marijuana every day, for at least three times a day, had a smaller volume of grey matter in the orbitofrontal cortex and also showed greater connections between different parts of the brain, known as connectivity (a measure of how well information travels between different areas of the brain). After examining data, the researchers pointed out that, not only is there a structural change, but also a change in the connectivity of the brain. Lost brain volume could also be linked to the increased connectivity in other areas of the brain.

The researchers conceded the possibility that the brain differences were possible before subjects started using marijuana; however they believe there was a causality involving marijuana use. Those who started using marijuana at a younger age showed increased connectivity and greater loss of grey matter. The structural and connectivity differences are likely related to THC (tetrahydrocannobinol), the main psychoactive ingredient of marijuana. The THC affects receptors that involve appetite, memory, and mood, and could have long-term and permanent effects overtime.

According to the reports, the scientists were wary about pointing to direct consequences, as the impact depends on the individual and usage; however previous research has linked the orbitofrontal cortex with addiction. Other studies have shown that those who have struggled with marijuana addiction had a greater sensitivity in the orbitofrontal cortex. According to the National Institute on Drug Abuse, marijuana use over a long period of time can result in addiction.

Those who are addicted to marijuana may struggle with cutting back or controlling their use. They may have a difficult time quitting marijuana, even though it can interfere with work or their personal life. According to the National Institute on Drug Abuse, approximately 9 percent of individuals who use marijuana will become physical dependent. The likelihood of addiction can go up to 1 in 6 for those who use marijuana in their teens. Withdrawal symptoms are also very real, which can make it even more difficult for users to quit.

Our Orange County marijuana law attorneys are abreast of marijuana research and developments in advocacy. We are dedicated to protecting the rights of dispensary owners and marijuana card holders, as well as helping Southern California clients ensure compliance with state regulations and federal law. Addiction and marijuana is complicated and all users should be aware of its potential health benefits and risks.