The cost of living in New York has always been sky-high – at least 68 percent higher than the rest of the country. It has the least affordable housing the country and prices for every-day products are typically twice the national average. 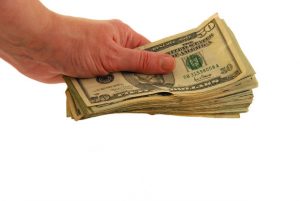 Apparently, medical marijuana is no exception.

A recent report by the Drug Policy Alliance, the first in-depth look at New York’s medical marijuana program, found that caregivers face huge hurdles in accessing medical marijuana – not the least of which has been the cost.

New York approved a medical marijuana program back in the summer of 2014, but it took 18 months to finally get the program off the ground. It finally launched in January 2016. But these first six months have been rocky. Patients and caregivers say they can’t find participating doctors, they are having trouble actually getting to the marijuana dispensaries and on top of it all, they can’t afford the marijuana.

The DPA report is valuable because the state’s Department of Health has only released a trickle of information on the program since its launch. Basically, it’s only provided numbers for how many doctors have completed the applications necessary to register in the program. The DPA, alongside Compassionate Care NY, a sizable patient advocacy group, surveyed more than 250 people who had sought access to the program.

The first big issue was finding a doctor. The health department reports nearly 600 physicians in the state are registered to prescribe medical marijuana to patients. That sounds like a decent start, but remember that’s less than 1 percent of all doctors in the whole state. This is likely why more than 50 percent of caregivers and patients asked said they had not yet found a physician who would certify them. Of those, three-fifths had been trying for between 3 and 4 months to locate one.

Geographic barriers were also problematic. By law, there can only be a total of five licensed medical marijuana grow operations in the entire state of New York. Those five can only operate a total of four dispensaries. Meanwhile, there are 20 million people in the state of New York over 54,000 square miles. There are 20 dispensaries to service medical marijuana patients, many of whom are disabled or very sick. The system necessitates hours-long travel. Of the patients registered, more than a quarter reported having to travel between 1 and 5 hours to reach their dispensary. And then even when they got there, 2 in 5 said the dispensary they used doesn’t carry the type of medical marijuana their doctor had recommended for them.

And finally, there is the issue of cost. For people who actually were able to obtain the medicine, 7 in 10 said their monthly cost exceeded $300. That doesn’t include expenses to travel.

A recent report by Syracuse.com revealed AIDS patients were taken aback by the fact that they would need to fork over as much as $400 a month for the plant. One who had previously been enrolled in the California medical marijuana program, said that while here, he’d paid $75 a month, comparatively.

Remember: Medical marijuana isn’t covered by health insurance because it’s still not approved by the U.S. Food and Drug Administration and it’s classified as illegal by the federal government. Those who are desperate and very sick can’t even put it on a credit card, as most dispensaries won’t – and can’t – accept anything but cash.

A number of bills are pending before the state legislature to remedy these issues. One involves authorizing nurse practitioners and physician assistance to approve patients for medical marijuana. Another would open the doors for additional growers and dispensaries across the state.