In the recent National Football League (NFL) draft, we heard a lot of stories about the draft position of at least one highly ranked collegiate athlete was sliding because of a failed drug test.  However, it should be noted that he did not actually test positive for marijuana. Rather, he tested positive for what is known as a water-loaded sample. 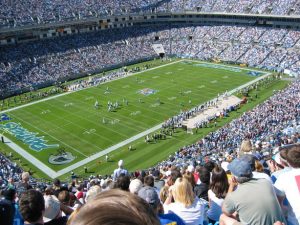 Many people are concerned that they will fail a drug test with positive sample and will do whatever they can to pass the test. This includes taking detox products that are available on the internet or at specialty vitamin stores, and it even includes using synthetic urine or another person’s urine.  Since many testing centers watch the subject take the test with a mirror or directly, they even sell products that allow someone to discreetly provide a substitute sample.  This is generally not a good idea and many people get caught.

Someone seeking to defend their right to use marijuana, particularly medicinal marijuana, and hold onto their job may face an uphill battle. However, consultation with an experienced marijuana lawyer is recommended.

Some hope drinking a lot of water will dilute the sample.  The problem is they now test for the level of water in the subject’s urine.  If the level is too high, it will be considered a water loaded sample and that counts as a fail.  That’s what happened in the NFL case. It should be noted there has been no proof the athlete was trying to fool a test. yet he is still required to complete the NFL drug program.

The real question is why marijuana is illegal in the NFL even in states where medical marijuana use is legal, yet the league is practically encouraging these players to take powerful and addictive opioid painkillers instead.  A recent article from the Washington Post deals with the struggles of former NFL players.

The article focuses on a group of NFL players that are part of the Denver Broncos Alumni Association.  These players entered a dispensary in the area one at time looking for relief from the pain they now deal with daily. One player interviewed said his entire body is in pain from his ankles to his neck. He played for nine seasons in the NFL and said he knows this pain is part of what he signed up for when he decided to pursue a career in professional football.  He does not resent that you can get hurt playing football, but he is upset that the league refuses to allow players access to medical marijuana.  This is alarming considering the acceptable and widespread use of opioids among players in the NFL.  There have been numerous reports of team doctors handing out pills as if they were candy on flights home from games.

While football is not the only sport where athletes can be injured, it is a sport that probably has the highest percentage of serious injuries.  It seems like at least one person is carted off the field by training staff during every game played.

If you have concerns about the future of your job due to marijuana use, contact our offices to learn more about your legal options.

NFL players fight pain with medical marijuana: ‘Managing it with pills was slowly killing me’, May 2, 2017, By Rick Maese, Washington Post