Studies and anecdotal evidence show that marijuana has the power to help patients with myriad health issues, including digestion and stomach pain, anxiety and insomnia, epileptic seizures, joint stiffening, and pain relief. It is no surprise that in addition to younger patients, nursing home patients and their loved ones are turning to medical marijuana for relief. Now nursing homes and hospice organizations nationwide are evaluating their role when it comes to marijuana use and prescriptions. Many are forced to address compliance issues related to their state’s medical marijuana programs and policies. 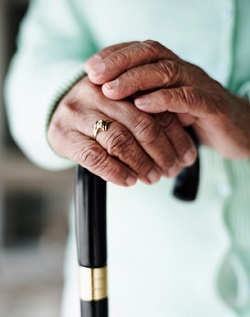 For medical professionals, questions regarding marijuana prescriptions may be complicated by legal issues. Health care professionals are often at the center of debate where the legal landscape is changing rapidly, and scientific claims about the effectiveness of marijuana are not always conclusive. Our Orange County medical marijuana attorneys are dedicated to raising awareness about California marijuana laws and in protecting both provider and patient rights. We are committed to staying abreast of legal changes in California and nationwide to protect the rights of distributors and users, including entities and individuals.

In states where medical marijuana has recently been made legal, patients often turn to their physicians for a medical marijuana prescription. This is often the case in end-of-life care, including nursing homes and hospice. Medical marijuana has been made legal in 23 states, and though some states are more restrictive that others, many elderly patients would be covered under the qualifying health conditions. Though state boards and agencies help provide guidelines to doctors and providers, ultimately the decision is left to the discretion of the physician.

Governing agencies are keeping a close eye on doctors to make sure that prescriptions are not given too freely and doctors can be held liable for failing to properly screen patients or for over-prescribing. According to many doctors, the symptoms of aging and many health conditions found in nursing homes throughout the country could be aided by the use of medical marijuana. Though smoking is banned in most nursing homes, there are edible products and other forms of cannabis that could help ailing patients. Each nursing home must decide how to handle patient requests in the event that a patient qualifies.

In hospice and for end-of-life care, many cancer patients, AIDS patients, and others who are terminally ill have benefited from the use of medical marijuana. Since legalization, palliative care providers have been faced with the difficult question of whether to permit marijuana use on the premises. While many organizations are seeking state guidance, others are upholding federal law and saying that marijuana use is still illegal. Many hospitals are following the same line of thinking because they don’t want to risk losing their federal funding. In California and nationwide, many elderly patients have been able to access medical marijuana while under nursing home care, but for others it has not been so easy. Individuals who are seeking access or providers who have questions about liability and marijuana law should consult with an experienced medical marijuana attorney.