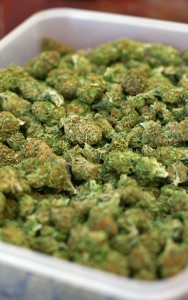 The case was heard in federal appellate court, and, unfortunately, the court ruled against Oakland and sided with the federal government.

A three-judge panel of the United States Court of Appeals for the Ninth Circuit issued its written opinion. In its opinion, the panel of judges did side with the city in finding it had judicial standing to intervene in the civil forfeiture proceeding. However, the case decided the merits of the case in favor of the federal government.

As our Orange County medical marijuana attorneys can explain, the concept of judicial standing deals with whether a party to a legal act has the right to be involved in the court case. Essentially, the court says that a person must have some legal interest in the outcome of a civil action in order for that person or company to have legal standing to participate. In other words, if you won’t lose money or have your personal rights curtailed in some material way, you probably lack standing.

There have been many court rulings throughout the history of our nation dealing with this issue. For example, a taxpayer does not have standing to challenge a law just because their tax money is being used in a way with which they disagree. On the other hand, a person who is personally affected will probably have a right to legal standing. In this case, the court found the city did have standing, because, if the federal government took possession of the dispensary and closed it, the city would lose money that it would have collected in taxes. This is more material an interest than general taxpayer standing.

The clinic has no intention of closing its doors, even following the court order. The clinic’s spokesperson says the dispensary will have to wait and see what the city decides to do in terms of filing any additional appeals. The spokesperson also stated this entire forfeiture effort and the court’s unwillingness to intervene is all part of a system of beliefs about medical marijuana that is becoming more and more irrelevant each year. This is especially true when we consider the majority of Americans and nearly half of all 50 states have enacted some form of legalization legislation.

However, it does not seem like the current administration will give up its plan to proceed with a civil forfeiture, especially in light of what the see as a major victory before the federal appellate court. While civil forfeiture was supposed to be a way to deter people from committing crimes, many state and federal agencies are using it as a means of generating revenue.