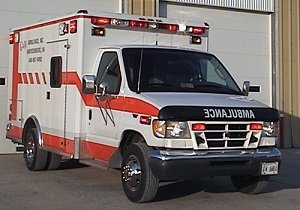 One year later, public health specialists are able to look at the overall patterns to determine how legalization has affected treatment, well-being, and other aspects of health. According to a recent article published in the Journal of the American Medical Association, three Colorado emergency room physicians offered their perspective on how legalization has affected healthcare and wellness. Colorado has allowed medical marijuana for patients with chronic and debilitating medical conditions since 2000. More marijuana licenses were distributed after October 2009 when the Attorney General released guidance for local authorities and their responsibility for prosecuting marijuana offenses. Marijuana use became even more widespread and liberal after it was legalized for recreational use in 2014.

Colorado residents are able to purchase up to 1 ounce of marijuana for a single transaction at any of the marijuana dispensaries throughout the state. While recreational use is legal, public use of marijuana is not, similar to laws that ban alcohol in open containers. Restrictions on smoking marijuana has meant an increase in the use of edible products which aren’t easy to detect in public. Edible products have created additional health risks, including overconsumption, consumption by minors, or even accidental ingestion. With increased usage, doctors expected an increase in chronic medical conditions, some psychiatric disorders, like an increase in anxiety and paranoia, and other detriments. Our Orange County marijuana attorneys are dedicated to raising awareness and staying abreast of changes in legislation nationwide.

According to the authors, there was an increase in marijuana intoxication, including vomiting, anxiety and panic attacks. Vomiting was an unexpected health concern, as marijuana has been used to curb vomiting for patients who are undergoing chemotherapy. Other side effects included abdominal pain and sweating. The University of Colorado also reported an increase in hospitalizations for burns related to flash fires when users are trying to extract THC using butane. There have been 31 marijuana associated burn cases and some of these cases have resulted in 70% burns over the body surface area.

In addition to intoxication and burns involving adult users, there have been injuries to children, including 14 cases of marijuana intoxication. Half of these cases required intensive care admission for patients. These cases involved edible marijuana products that resemble candy or brownies. One of the dangers of marijuana consumption among children is that it can cause severe respiratory depression. Edible marijuana poses additional risks as they are not tested for THC content and rely solely on manufacturing labels. The effects of edibles can also be delayed resulting in an increased potential for overdose. Legalization has shown some increase in health risks, but the study did not compare the health risks of marijuana to other legalized drugs, like pharmaceuticals or alcohol.