Latching on to the questionable results of a recent national study indicating drugged drivers are an increasing problem, local and state law enforcement officials are teaming up to target medical marijuana DUI in Orange County and across the state. 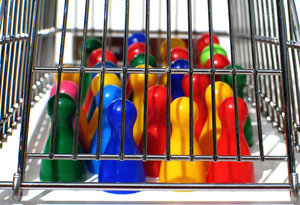 As our Orange County medical marijuana attorneys understand it, the federal government is funding a program called Advanced Roadside Impaired Driving Enforcement, which will train some 700 officers across the state on how to recognize a driver who is under the influence of drugs without the hassle of an expensive toxicology test. Right now, California has more than 1,000 officers who are classified as “drug recognition experts,” which is more than any other state.

Across the country, the U.S. government hopes to train some 6,000 officers in 46 states.

The problem with all this is that marijuana DUI is essentially a bogus charge. California Vehicle Code 23152(a) makes it illegal for someone to drive while under the influence of marijuana.

However, even though it’s been more than a decade since California voters approved the use of marijuana for medial purposes, law enforcement officers at the local, state and federal level still target these individuals for prosecution. This, despite the fact that marijuana has been proven to be less hazardous than many hard-core pain-killers.

To begin with, marijuana, unlike alcohol, remains in the system for approximately 30 days. It depends on how much marijuana is consumed, the concentration of the particular plant and a personal tolerance. So even if a chemical test is conducted and a person tests positive for THC, it does not mean the driver is impaired.

Secondly, with regard to these tests, these so called “drug recognition experts” use highly subjective methods to determine whether a person is under the influence at the time he or she is stopped. Methods that require the officer to analyze such aspects as your physical appearance or whether you had an elevated pulse rate or dry mouth, are not scientific, and therefore shouldn’t hold a great deal of weight in a court of law.

Thirdly, the research held up by law enforcement and government officials as a reason to fund this training is questionable, as we discussed in our previous marijuana blog. While they report an increased in drugged driver fatalities, what they downplay is that the drugs found in the systems of deceased drivers aren’t necessarily indicative of impairment. Additionally, those include prescription pills – which have skyrocketed in recent years. Also, officials admit those drugs may have had nothing whatsoever to do with the crash – they were simply found in the bloodstream.

In Santa Cruz County, officers there told the local newspaper that half of all fatal collisions were the result of impaired driving, with “marijuana far being in the lead.” But again, just because a person tests positive for marijuana does not mean he or she was impaired or further that the marijuana had anything to do with the accident.

Penalties for someone convicted of a marijuana DUI are harsh. These can include up to five years of probation, one year in jail, a $1,000 fine, a mandated DUI education course and license suspension of six months.