An appeals court has handed down a victory for Orange County medical marijuana dispensaries, in a decision holding that a Dana Point marijuana clinic doesn’t owe the city millions of dollars claimed in a prior summary judgment. 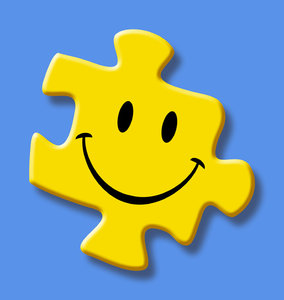 Our Orange County medical marijuana attorneys are encouraged by the decision, granted by the state’s 4th District Court of Appeals. Essentially, it was decided that the lower court, which had issued a summary judgment, acted improperly because the facts of the case were disputed.

This is Law School 101, and the judge in this case really should have known better. Certainly, there are complex legal questions surrounding the issue of medical marijuana in California, but this was not one of them.

Marijuana dispensaries in Dana Point – much like in the rest of the California – have been pushed into extinction by the local city council, eager to avoid the ire of federal prosecutors, who have initiated a massive crackdown on collectives and dispensaries throughout the state. Where there were six Dana Point dispensaries offering medical marijuana to ill patients, there are now none. This illustrates the sad trend in which federal and local government agencies are flagrantly disregarding the will and voice of the people of California.

In this case, the City of Dana Point clamped down on Beach Cities Collective at the outset of 2011, forcing it to shutter its doors. The city lobbed allegations of building code and state law violations. The city argued that the dispensary never produced any evidence that it was operating according to the laws of the state, which allow non-profit marijuana collectives to distribute the drug to individuals who have a doctor’s prescription.

Two months later, Judge William Monroe issued a summary judgment that ordered the dispensary to pay nearly $2.5 million to the city. A summary judgment is essentially a decision that a judge hands down without a trial.

The major problem with that in this case is that summary judgments are only applicable when there is no dispute of the facts. But the facts were disputed by the defendant, who vehemently argued that his operation was following legal guidelines, which required him to operate as a nonprofit, verify patient prescriptions and doll out marijuana solely for medical reasons.

Beach Cities appealed that summary judgment – and with this decision, won that appeal.

The case will now either head back down the pipeline to the lower trial court, or the city could appeal for a decision from the state’s supreme court. It’s not yet clear which tack they plan to take. However, it may be unlikely for the supreme court to accept the case, as it is not predicated on any new law.

If the case does go back down to the trial court, attorneys for Beach Cities say they will file a request for a new – i.e., non-biased – judge.

At the end of the day, these cases appear not to be about the legality of these dispensaries, but how much money can the city squeeze out of them. In fact, the City of Dana Point has amassed a total of $7 million in judgments stemming from court cases against three other dispensaries.

Still, they have already funneled an extra $400,000 in legal expenses, and the council has voted to increase the budget for these cases. At the end of the day, if these cases go the same route as this one, the city may have done nothing more than waste taxpayer dollars and time.