The United States House of Representatives took an important step in protecting the rights of medical marijuana businesses throughout California and the United States. The House banned the Drug Enforcement Agency (DEA) from using its budget to crack down on states that have made the use of marijuana legal for medicinal purposes. 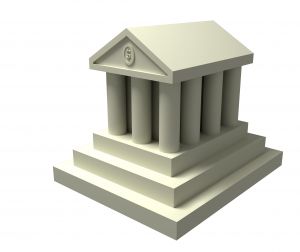 Now, the Huffington Post suggests that the U.S. Senate could follow suit. If the Senate also votes to prohibit the DEA from using its budget to target medical marijuana, this could provide relief to businesses that operate legally locally but that still face the constant fear of the federal government taking action against them.

Those who are subject to actions by the DEA need to get legal help to protect their rights. Los Angeles medical marijuana attorneys can represent medical marijuana distributors and users if they are facing criminal charges.

Kentucky Republican Senator Rand Paul introduced a Senate amendment to the Justice Department Budget Bill that would impose limitations on DEA funding. DEA agents and federal prosecutors would be prohibited from using allotted funds to pursue investigations or criminal actions against providers of medical marijuana or against patients using medical marijuana who live in Washington D.C. or in the 22 states, including California, that have legalized its use.

If the amendment passes, it will also protect providers and patients in states that have embraced more limited legalization of CBD oil only. CBD oil is a non-psychoactive ingredient in marijuana that has proven effective in the past for treating epilepsy.

Senator Corey Booker, a Democrat from New Jersey, signed on as a co-sponsor of Senator Paul’s Amendment and support for the ban is quickly gaining momentum. The House voted 219-189 in favor of a similar amendment that was sponsored by Republican Representative Dana Rohrabacher and Democratic Representative Sam Farr.

If both the House and the Senate versions of the budget ultimately end up including the amendment, this means that when a final budget bill emerges from a joint conference it is likely to incorporate the limitation on DEA funding. This would be great news, because Congress would thus have conclusively limited the DEA’s ability to investigate and prosecute medical marijuana providers and users.

Without funding, the DEA would effectively be unable to enforce bans on marijuana in the states with legalization legislation. The DEA and several U.S. attorneys have already raided dispensaries in the past even though the dispensaries were following state laws, so the Congressional action is an important step forward in preventing these types of future incidents.

The DEA has indicated that it does not comment on pending legislation. However, surveys suggest that the public is in favor of reducing restrictions on medical marijuana. As many as 70 to 80 percent of all Americans support medical marijuana depending upon the survey in question, and even the vast majority of conservatives oppose the federal government enforcing marijuana laws if states have said it is legal.