The case of an Oregonian medical marijuana advocate is a cautionary tale for all those continuing to fight the cause of legalization both on local and national fronts. 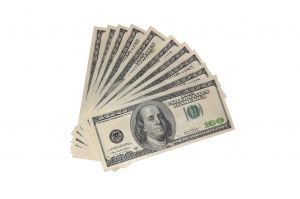 As our Oregon marijuana lawyers understand it, the sponsor of the Oregon Marijuana Policy Initiative, which sought to have marijuana legalized for recreational purposes in the state, was fined for violating a state law barring sponsors from paying petitioners based on how many signatures they collect, as opposed to how many hours they worked.

The fine was first issued back in the spring of 2012 by the Oregon Secretary of State. The allegations involved two petitioners, who were reportedly improperly paid petitioners for 26 out of 30,000 signature sheets that were ultimately submitted by the campaign. The petitioners, per state law, should have been paid by the hour for their work.

The organization’s sponsor has said the two petitioners who accused him were reportedly “incapable of telling the truth.”

The $65,000 fine was the largest ever issued in the state for such a violation, nearly six times higher than the previous record. Prior to that, the biggest fine ever issued for a similar offense was back in 2008, for about $11,000.

The fine was appealed by the sponsor to a senior administrative law judge, who ultimately upheld the fine, saying she believed that the sponsor did in fact violate the law.

The sponsor vehemently denied this, pointing out that the case relied heavily on the testimony of the two petitioners. Only one of those reportedly showed up to the hearing and, according to the sponsor, that individual was found under cross-examination to have lied about numerous aspects of the case.

For example, this individual said he spent a number of hours collecting signatures at the busy market area in both January and February of 2012. However, later research would reveal that the market area wasn’t open during those times.

The other petitioner, who did not show up to court, had initially filed a wage-and-hour complaint with the state’s Bureau of Labor and Industries indicating that he had worked every day in the first two weeks of February. However, it was later revealed in a phone deposition that this individual was actually out-of-state during those dates.

The sponsor’s efforts would have asked voters in Oregon to green light a state constitutional amendment to legalize marijuana for recreational purposes. The measure needed 116,000 signatures to qualify for the ballot, and the sponsor was able to collect a total of 175,000. However, the measure didn’t make the ballot after the secretary of state’s office disqualified nearly half of the signatures. The sponsor sued, but the measure still never made it on the ballot.

A similar measure, the Oregon Cannabis Tax Act, also widely recognized as Measure 80, did make its way before voters in 2012. However, it was ultimately defeated by a narrow margin.

The sponsor has said he intends to appeal.

We absolutely support civil involvement, particularly as it regards marijuana rights. However, ensuring that all actions relating to the process are aligned with local, state and federal laws is critical. Individuals and organizations involved in such efforts should first consult with an experienced marijuana lawyer before embarking on their initiative.