Oregon is set to be come the 15th state in the country to regulate medical marijuana dispensaries. 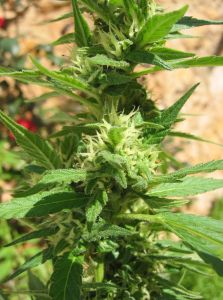 Our Oregon marijuana lawyers understand that Gov. John Kitzhaber has expressed his intention to sign off on the measure, House Bill 3460 recently passed by both state legislative bodies, in spite of fierce opposition.

Although Oregon was one of the first states to legalize marijuana for medicinal purposes, like many of those other early pioneers, it failed to establish a clear system of regulatory guidelines under which dispensary operators should abide. This has not only left the door open to less-than-responsible enterprises, it has meant operators who wanted to run a clean facility weren’t sure exactly how they were to proceed. So many didn’t. Any dispensary that did dare to open was subject to state and of course federal sanctions.

The way the current law was originally drafted, patients with certain debilitating medical conditions are allowed to grow their own cannabis or designate someone else to help them. However, what legislators failed to recognize at the time was that marijuana is a fickle plant. Growing it can be time and labor intensive. Not everyone has a green thumb, and it can be especially tough if a person is already grappling with a serious disease. However, there was no provision in place that would have allowed marijuana patients to legally purchase the drug from a third-party establishment.

What HB 3460 allows is for a registration system of medical marijuana dispensaries that would be established under the umbrella of the Oregon Health Authority by sometime next year. These dispensaries will be given the express authority to delivery the drug and immature plants to ailing patients.

Supporters of the measure say this makes the most sense because it keeps patients from being forced to turn to the black market to obtain their medicine. The old system made criminals out of people who were simply trying to be well.

Opponents, however, argue that the bill won’t stop medical marijuana from seeping into the black market, and there wasn’t enough funding set aside to aid law enforcement in curbing those kind of issues. Some have urged the governor to set up a work group to further study the issue.

This measure ultimately passed both the state House and Senate, albeit with split votes.

If and when the bill is signed into law, the measure would require each dispensary to pay a $4,000 registration fee. Assuming 225 dispensaries register, that will bring in an automatic $900,000 to the state over the course of the next two years. The bill’s authors expect this money will be used to offset the cost of setting up and maintaining the new registration system.

Medical marijuana dispensaries will be allowed to set their own prices and the option of using state-approved cultivators. Only Oregon residents may run Oregon dispensaries and all of the plants must be grown in-state. Law enforcement will reserve the right to conduct registry and compliance checks on any facility they deem suspicious.