It’s been six years since a law that would have legalized recreational marijuana was shot down. It’s also almost a month until California voters consider it once again. There is strong evidence to suggest this time, the outcome will be different. That’s because if polls are to be believed, voter attitudes are significantly different. 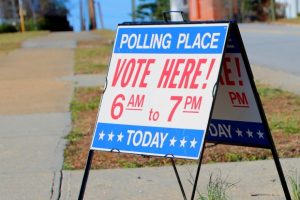 A new USC Dornsife/ Los Angeles Times poll reveals that California voter support for Proposition 64, the measure that would legalize recreational marijuana for personal use in this state, is at nearly 60 percent. What’s especially interesting is that support stretches across lines of race, gender, ethnicity and income. Even those from the two warring political parties generally agree on this issue.

The law would grant over-21 Californians the right to buy, keep and use a maximum of 1 ounce of cannabis for recreational purposes. It would also allow a person to grow up to six cannabis plants. The law would also require a 15 percent retail tax on the substance. Of the nearly 1,900 respondents, only a third said they outright would refuse to support the ballot measure if the election were today. Another 8 percent said they had no opinion one way or the other.

This marks a significant shift because if you’ll recall, just six years ago with Proposition 19, another measure that would have legalized pot for recreational purposes, almost 54 percent of voters said they would not support marijuana legalization in California.

That’s a dramatic and noteworthy change. As the director of the Unruh Institute of Politics at the University of Southern California said, those who oppose marijuana legalization in California are going to have to find a big funding source if they have any prayer of turning the tide on this issue in their favor come November. But of course, they may not be able to do enough to sway hearts and minds in the six weeks they have left, no matter how much money they spend.

Voters are seeing how these programs have unfolded in Washington, Colorado, Alaska and Oregon. They see the sky has not fallen. They see cost savings and even profits. Sure, there have been a few hiccups, but much of that has to do with the fact the drug is still illegal at the federal level. Many people believe that will change in the near future too.

The greatest support for Proposition 64 is with voters between the ages of 18 and 24. With that cohort, there is 67 percent support. The lowest amount of support comes from voters who are 65 and older – and even this group is torn straight down the middle about it. Although many baby boomers used the drug in the past, it was largely seen as taboo, and many still hold onto those beliefs.

Along racial lines, the measure is supported by the majority of whites, blacks and Latinos. The only group that did not show a majority support was Asian Americans, of whom only 47 percent back it. Gender disparities indicate men support it more than women, 62 percent to 55 percent. It was more greatly supported by those with incomes under $50,000 annually (63 percent) versus those who make more than $100,000 annually (57 percent).

As far as Democrats versus Republicans, the support is measured 68 percent to 56 percent, respectively.