With the majority of voters in Colorado approving legalization in 2012, it may come as a surprise that two recent polls show that support has waned. According to the two polls, Colorado residents are discontent with the way that regulations have been handled by state legislators. According to a poll conducted by Suffolk University and USA Today, approximately half of Colorado residents are dissatisfied with the new marijuana laws and their administration. Though the polls show a 50-50 split, the number of supporters are down since the law has gone into effect. 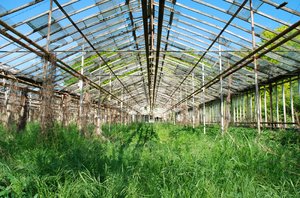 Despite the opposition from women and older voters, the vote is still offset by voters between the ages of 18 and 45 who support legalization by a 20-point margin. The poll indicates that 49% of Colorado voters do not approve with how the state is managing pot legalization. Only 42% of voters approve with the regulatory tactics taken by the state. According to another poll taken by the Public Religion Research Institute, national support has fallen from 51% in 2013 to only 44% this year. Analysts report that the majority in those who changed their support were from those who had originally favored legalization. Alternatively, individuals who had originally opposed legalization showed an increase in favor of the law.

Though polls show a shift in opinion on how pot is regulated, it may not demonstrate an overall opposition to legalization. Many poll participants were dissatisfied simply because of how the law has been administered. For example, opponents want more enforcement of the law, increased regulation, and more preventative education to prevent marijuana use among children and teens.

Another complaint is that the state moved forward with recreational use before proper regulations were implemented. Voters approved the initiative in 2012 with a vote of 55.3% in favor versus 44.7% against legalization. Medical marijuana was legalized in Colorado in 2000. Analysts also report that the polls related to marijuana legalization can be fickle. Another recent poll in Colorado showed that 55% percent now favor legalization. Advocates for marijuana legalization advise that polls should be taken with a grain of salt, as they vary widely and cannot necessarily be considered an accurate representation of the voter temperature.

As with any significant legal change, regulatory adjustments are likely to impact the polls. Though voter support may shift throughout the state, in the end, the proposition was passed and this is the only “poll” that really matters. Voters in Colorado may debate the implementation of the law but are going to have to get used to legalization, even with some growing pains.