When lawmakers failed to pass recent legislation that would have beefed up California’s medical marijuana regulation, there was a sense of disappointment not only because it would mean continued confusion for many current dispensary operators. 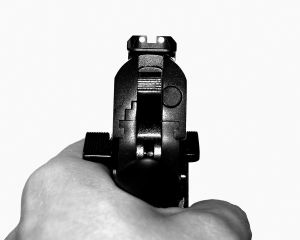 Our Los Angeles cannabis lawyers recognize that it also would mean a continued proliferation of federal and local enforcement action, which in turn would simply serve to push the drug trade even farther underground.

In turn, that opens it up for involvement of violent criminals.

That’s exactly what we’re seeing in Northern California. The Santa Rosa Press Democrat reported that recently that along the North Coast, there is a spate of violence related to the sale and distribution of illegal marijuana.

Since 2006, some 18 people have been killed in Mendocino and Sonoma Counties under circumstances that involved either the cultivation or sale of the drug. Of those, nine were killed in robberies, including three just this past February alone.

As one top law enforcement official was quoted as saying, homicides are relatively rare in that part of the country. However, murders involving marijuana are fairly common.

Some the recent cases include:

While many will use these cases as an example of why we shouldn’t expand access to marijuana, the reality is that it is overly-restrictive access that leads to this kind of action in the first place. If people had safe, regulated access to the drug for both medicinal and recreational purposes, the demand for illegal supply would plummet – as would these kinds of crimes.

In Mendocino County, the sheriff there was quoted as saying that the violence often stems from the complex relationships that are involved in the marijuana drug trade. In the end, it typically just comes down to money. There is still a huge amount of money to be made by cultivating marijuana. But the process can take a lot of time and skill, especially for those that are seeking a quality product.

It’s incredibly short-sighted that we as a state aren’t taking further advantage of this opportunity, especially when the stakes for not doing so are so incredibly high.

A bill authored by Assemblyman Tom Ammiano (D-San Francisco) earlier this year would have expressly provided rights to dispensaries, collectives, cooperatives and other business entities to grow, acquire, process, possess, transport, test, sell and distribute marijuana for medicinal purposes. The law also would have penalized doctors for giving poor recommendations and would have limited the number of dispensaries in a given area to one for every 50,000 people.

The bill was ultimately struck down, leaving California to remain a patchwork of loose regulatory action with regard to marijuana. As long as that’s the status quo, we’re going to continue to see ongoing violence unfolding in Northern California and other areas of the state.