A new series being advertised on The Discovery Channel will reportedly provide a detailed look inside the drug enforcement unit in Humboldt County has it aims to take down marijuana cultivators in the area. 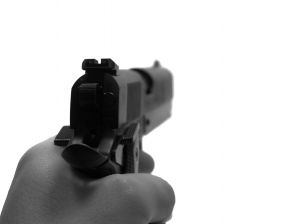 Our Los Angeles marijuana lawyers understand that the Hollywood look is cast with the promise of following efforts to take down operations funded and directed by violent drug cartel leaders, though a significant portion of the show will also reportedly focus on “average Joe” marijuana grow operations too.

Having not yet seen the three-part show, we can’t pass judgment as to the accuracy of the portrayals made therein, but we do know the issue of marijuana crackdowns in general have been hyped by both local and federal authorities, in an attempt to gain supporters for their ongoing costly, violent and too often ineffective “War on Drugs.”

One of the primary subjects of the documentary series is a deputy on the SWAT team. He has been quoted by media outlets as saying he and his team aren’t interested in stepping in to bust people or caregivers who have a legitimate license to grow marijuana for their own personal use or for a close loved one. The deputy said he could count on his hand the number of times he had encountered someone who was growing the drug legally.

He stressed that contrary to what some might believe, growing and selling marijuana for a profit is still illegal in California. It’s illegal even for those who have a license. It’s also just as illegal to even give it away to someone who doesn’t have a prescription as it is to sell it.

And he’s right about that, which is why dispensaries and farmers need to use extreme caution with regard to the process through which they are conducting their operation.

Of course, some of the growers featured on the show are acutely aware of the fact that what they are doing crosses the legal line. That’s why these operations are taking place deep in the Redwoods, with stashes guarded by individuals illegally armed with assault rifles and handguns. In many cases, these individuals are illegal immigrants.

But it’s important to note that these types of operations, while not currently the norm, are only going to proliferate as federal authorities impose strict sanctions and criminal penalties on those dispensaries that are working hard to try to conduct above-board business. These are folks who don’t want any trouble and get into it for the right reasons – to help people. Pushing them further underground will do more to give these illicit growers the upper hand than anything else.

As the series reportedly shows, these raids are time-consuming and dangerous. A promotional clip of the highlights reportedly shows law enforcement officers bursting into a suspected grow operation, guns drawn and kicking in doors. Law enforcement agencies characterize this as “fiercely attacking” the problem.

The truth of the matter is, though, that marijuana, even for recreational use, continues to gain support among the public. That means a series like this, while aiming to show the public how dangerous these operations are, might inevitably fuel the growing viewpoint that such law enforcement actions and expenditures are overzealous and unnecessary. Eradication of marijuana is unlikely to be successful, and what’s more, doing so is an extreme disservice to those who rely on the medicine for invaluable pain relief, among other reasons.

Careful regulation, we feel, has always been the better approach.