As state officials in Colorado work out the regulatory details of how to handle being one of the first states in the country to permit legal recreational marijuana sales, a number of cities are scrambling to ban distribution within municipal limits. 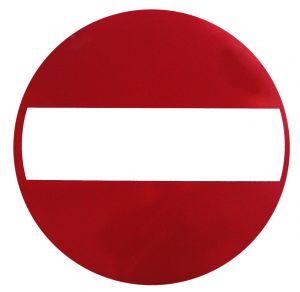 Our Colorado marijuana lawyers understand that most recently, that has included Colorado Springs, the state’s second-largest city.

When legislation passed last year allowing for recreational sales of the drug within the state, it included an opt-out clause for any pot sales that were not for medicinal purposes.

The Colorado Springs City Council listened to two hours of commentary from the public before voting 5-4 to prohibit retail marijuana stores from opening within the city’s limits. There may not have been much choice, as the mayor had already said he would veto the council’s vote if it was swayed in the other direction.

With a population of some 420,000 people, the loss of Colorado Springs as a site for recreational sales is a significant blow to the industry. However, it’s not entirely surprising, given the large evangelical Christian presence there, making it one of the most conservative areas in the state.

Colorado Springs will still allow for sales to patients approved for medicinal use of the drug, and those dispensaries will not be affected by the vote.

Officials in the city say the presence of recreational marijuana distributors in the city could affect the area’s ability to secure federal grants, on which area leaders say they heavily rely. Still, there is legitimate concern in Colorado Springs and elsewhere that such bans will only serve to ensure that black market street dealers will have a monopoly on sales, which could lead to public safety problems.

So far, Colorado Springs is one of 35 municipalities that have so far opted out of recreational sales of the drug. In those areas, it will still be legal for adults over the age of 21 to possess small amounts of marijuana for personal use.

If Denver passes that two-year moratorium on new shops, those that currently exist for the purpose of distributing medicinal marijuana could apply to also distribute the drug for recreational users. However, no additional shops would be allowed to open.

Sales for recreational use of the drug won’t begin until Jan. 1, 2014 in the state.

Advocates with the Marijuana Policy Project have voiced concerns that these municipal bans may be enacted prematurely. These cities may be underestimating the extent to which black market sales may proliferate in those areas.

The state’s Department of Revenue issued a lengthy report last month detailing a long list of rules for distribution of recreational marijuana and related products.