When your business is legal, but you can’t access a bank for everyday functions, you have no choice but to become an all-cash venture. There is perhaps no industry that knows this woe better than those in the business of marijuana. But some are now finding that even those businesses that never actually touch marijuana may have banking headaches. 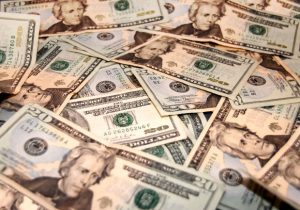 The L.A. Times recently reported on a local businesswoman who alongside her partner launched a packaging company that caters to the cannabis industry. They produce containers, bags, logos, labels, custom-printed jars and boxes. They currently have about three workers and are preparing to bring on three more. They provide marketing and branding assistance to growers and distributors, and the owner describes it as “all very upscale.” The biggest problem, however, has been the banking.

She explained how she met with a single accountant last year who informed her she would likely only be paid in cash and that her workers and suppliers would need to be paid in cash as well. Payroll, sales and income taxes – all of it has to be done in cash. The accountant advised her to stash the cash under her mattress and then somewhere down the line find a time to make a large deposit into her bank account. When she told him that sounded illegal, he shrugged, saying that’s how everyone does it.

That kind of exchange is exactly why having a marijuana lawyer help you develop a business plan is so imperative. If you as a business owner get dragged into court for violating state guidelines or federal laws, it’s not going to be a valid defense to say, “But my accountant told me to do it.”

The fact is, marijuana is illegal at the federal level, and business owners need to proceed with appropriate caution. Operating everything safely and above board can be tricky when you don’t have a bank to keep your money safe.

Ultimately, this kind of conflict imposed on legal businesses by the federal government’s refusal to budge on the cannabis classification is not tenable long-term. As a direct result of this, there are about 70 percent of marijuana businesses that have no bank accounts.

This leaves businesses vulnerable to all kinds of issues, including crime. Five years ago, the owner of a medical marijuana dispensary in Orange County was kidnapped and tortured with genital mutilation when four men sought to rob him. Other dispensary owners have been robbed at gunpoint, and many pay a great deal of money for extensive security measures. In another case, a dispensary owner was pulled over by police while transporting about $30,000 to the company’s headquarters. She was able to produce all the right paperwork to show the money was legitimately sourced, but she still had to hire a marijuana lawyer to help her get it back.

There are also practical problems. For example, how do you physically store $250,000 in cash? How do you keep it organized and secure?

Recently, these stores were shared at the Cannabis Banking Working Group’s first meeting in December. The goal is to come up with recommendations for federal legislation that would allow marijuana businesses to access legal banking. The problem is that because cannabis is illegal under federal law, banks fear they will be violating federal drug and money laundering statutes.

Marijuana business owners want to abide by the applicable laws, but this kind of disconnect between state and federal laws is making it incredibly hard. Some companies estimate they are losing $1 million annually to the various burdens that being a “cash-only” business imposes.

Your business is legal, but you can’t use banks. Welcome to the cannabis all-cash nightmare, Jan. 29, 2017, By Robin Abcarian, Los Angeles Times