According to a recent article in the Inquisitr, nuns in California are allegedly growing medical marijuana illegally at a residential home and selling the drug via the Internet. These nuns wear habits and dress in the religious clothing typically associated with the Catholic church. However, these women are not actually Catholic. 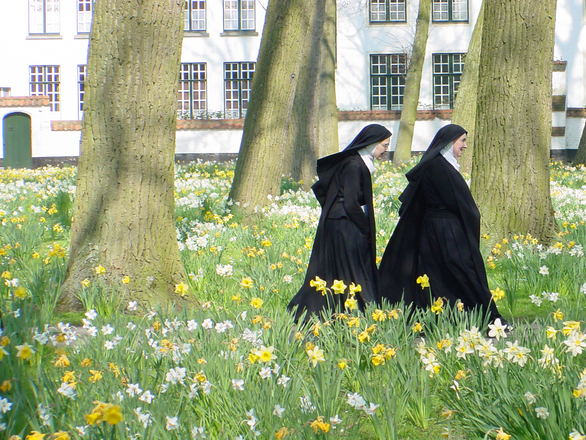 They claim to be members of a church known as Sisters of the Valley, which focuses on healing people and living in what they call a prayerful environment. They also say that have committed their lives to cannabis and have chosen to live as sisters in a socialist society dedicated to medical marijuana.

The reason they are illegally selling marijuana, is because medical marijuana cultivation is not allowed in Merced, California, and they have less than a month to either move or close their business.

The nuns say they are considering moving their medical cannabis business to Los Angeles, but are still working on ways to stay where they are now. They claim to be working with the city council to change the zoning ordinance in their area to allow for the cultivation of medical marijuana.

This is one issue that can cause of a lot of confusion. Even if it is legal under the local ordinance to open a medical marijuana business, it may be a violation of local zoning ordinance to open the business in a particular place. For example, one would not be able to open a dispensary in a neighborhood that is zoned only for residential use. However, one could open the medical marijuana dispensary if the area was zoned for mixed use residential and light commercial in most circumstances. However, this can be very complicated, and you should speak with an experienced Orange County medical marijuana attorney before leasing or buying a site for your business. While some companies do not want to spend the money up front for legal assistance, it is often a lot cheaper to do this than buy or rent property in area that is not zoned for your particular type of business.

Interestingly, the nuns do not believe in using THC, which is the reason most people use medical marijuana. In addition to the tetrahydrocannabinol (TCH), marijuana also contains a compound known as cannabidiol (CBD). CBD can supposedly help patients without them getting high, according to these nuns. During their preparation process, they cook the marijuana to extract the THC oil and then sell a final product without much THC.

There has been some research on the health benefits of CBD, and according to one study at a California medical center, CBD may slow the growth of cancerous tumors, which can increase the survival rate of cancer patients.

For now, the nuns say they will move into a farmhouse together where they are allowed to cultivate up to a dozen marijuana plants. They do not believe this will be sufficient to run their business given the high demand, but they are confident they will eventually win.