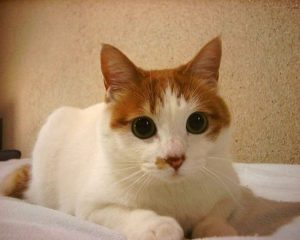 One area in which we are seeing growth, and see potential for a lot more growth, is in medical marijuana products for pets.  As discussed in a recent news article from Salon, many people have pets that suffer from a lot of the same mental and physical conditions as people do.  There are older pets with arthritis, pets with cancer (some on chemotherapy), and there are pets with anxiety, depression, and other mental health issues.

Since these conditions have been successfully treated in humans with medical cannabis products, people are starting to give medical marijuana treatments to their pets to offer them help and comfort as well.  As our Riverside medical cannabis attorneys have seen, it is not only cats and dogs being treated with THC medical products.  We are seeing examples of people treating large animals such as horses, pigs, and even more exotic pets such as skunks.  Treatments have helped many older dogs with glaucoma.

One of the issues some veterinarians have with this is that there are very few, if any, credible peer-reviewed studies on the effects of medical marijuana on these animals.  However, much as is the case with humans, the reason we do not have much research is because of the federal prohibitions on marijuana that make it very difficult for researchers to perform studies.  Congress then uses the lack of studies as a basis for keeping medical marijuana as a Schedule One substance on the U.S. Controlled Substances Act of 1970 (USCSA), so we find ourselves in a Catch 22 situation.

One organization, the ASPCA, lists marijuana as a toxic substance to dogs, cats, and horses.  While this might be alarming, there have not been any reports of animal fatalities or ever grave sickness associated with the consumption of marijuana.  There was a case noted in San Francisco where a dog had eaten pounds of marijuana (entire plants) and had no long-term compilations.

Another issue that some veterinarians have is that there is no such thing, scientifically speaking, as a class of animals.  We are dealing with many different species of living things. We are not even dealing with the same classes traditionally used, such as mammals, birds, reptiles, and amphibians. Some animals are warm blooded and some are cold blooded and they have vastly different metabolisms and nervous systems. In order to really study these issues, researchers would need to study these animals individually.  For some reason, cats process medicines and toxins much differently than humans, as well as many other animals.

However, as there is no research available, but, as people are seeing generally positive results from treating animals with medical marijuana, more people are turning to these products, and this is creating a big demand. Edibles and tinctures are the most common form of administering THC to a pet.