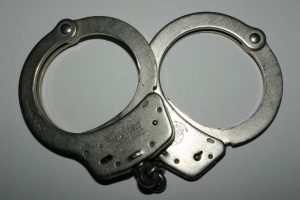 Why the disparity? As our Orange County marijuana criminal defense attorneys understand it, it’s a result of local police agencies reporting every single situation in which people are caught with pot in – even if they aren’t ultimately arrested for that offense.

Both the police agencies and the FBI say there is nothing wrong with this, as it helps produce information that is both reliable and useful for administrators and managers in the law enforcement field. However, groups like the Women’s Law Project in Philadelphia are highly critical of this practice, saying fails to properly reflect accurate public data. This could lead to allocation of law enforcement resources where they may not be necessary.

Research revealed two-third of local police agencies were reporting marijuana arrests for every stop in which the drug was found, even if the individuals stopped weren’t ultimately arrested. So for instance, in four counties that had reportedly made 5,4000 marijuana arrests last year, court records revealed only 3,200 of those defendants actually faced criminal charges. More often than not, those individuals who weren’t charged with any crime were still issued a citation for a lesser offense, such as disorderly conduct. Philadelphia allows police in that jurisdiction to issue a $25 civil citation for minor marijuana possession.

Police chiefs say that while this option – in lieu of marijuana arrests – aligns with the fact that marijuana is now a socially-acceptable drug. The FBI backed this practice, saying local agencies had “wide latitude” with regard to how such offenses could be reported.

However, this does mean that we don’t have an accurate count – based on FBI data – of how many marijuana arrests there actually are in a given area. Orange County marijuana criminal defense attorneys believe this matters when we’re looking at crime statistics that appear to show a serious problem of widespread criminal cannabis possession that may not in fact be criminal. Even leading criminologists called the practice “terribly misleading,” given that arrests are not only legally much different than a civil citation, they are perceived much differently than the public as well.

The criminologist noted another motivation police might have for the skewed reporting: Appearing more aggressive than they are. For example, if you have scores of drug arrests, it can appear to the public that a police agency is out tackling a serious problem on our streets – particularly when we know that marijuana is largely decriminalized in many jurisdictions so the only people being “arrested” are those committing more serious marijuana crimes. But it turns out that may not actually be true, and police agencies recognize that a slew of arrests for “disorderly conduct” just doesn’t carry the same weight.

In one town, while some 229 “marijuana arrests” were reported, the reality was only 24 of those defendants faced misdemeanor marijuana charges.

Those who are facing criminal marijuana charges should discuss their legal options with an experienced Orange County marijuana criminal defense attorney. Meanwhile agencies whose statistics appeared skewed should commit to accurately reporting each offense for precisely what it is.