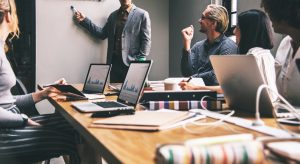 That’s why any individual or investor considering entry into the marijuana industry in Southern California should consult with a dedicated business attorney who has extensive experience specifically in marijuana law.

The Mercury News reported last year that just one in seven cities in California has entered the marijuana industry. That figure hasn’t changed much since then.

Why is this? Because when Proposition 64 passed, it allowed individuals to carry up to one ounce of marijuana on their persons, but it also gave a large amount of discretion to individual cities, resulting in a crazy quilt of regulation that would be confusing even for the most meticulous cannabis business hopeful. Throw on top other uncertainties like CBD regulation (did the 2018 Farm Bill legalize it at the national level or not?) and setting up shop can become a potential minefield.

CannaRegs, a site that tracks development of local marijuana rules throughout California, reports that only half of the state’s 58 counties have agreed to allow some degree of commercial cannabis activity, leaving the remaining areas relatively “dry.” The one exception, as we reported in a recent Los Angeles marijuana attorney blog, is that of marijuana delivery, after the California Cannabis Bureau established a firm and resounding opinion that Section 5416(d) clearly intended to allow marijuana to be delivered to users across the state.

What this means is that if you want to open a marijuana business in Los Angeles or Orange County, it’s not going to be as simple as waltzing into the city office and filing the appropriate state and local paperwork. Even in cities that DO allow cannabis shops and cultivation operations, some are very select about how many and what type they allow. For instance, some will only allow testing laboratories. Others strictly limit operations to medicinal marijuana shops and won’t permit recreational stores. Statewide, almost every jurisdiction has chosen to implement its own rules on top of whatever the state laws are.

Complicating matters are the preferences that are given to minority operators affected by the failed decades-long war on drugs. There are also the tens of thousands of marijuana shops that operated in California’s gray medical shop market for decades before effectively being closed off by today’s industry because they were mostly mom-and-pop small businesses. They are in cities that have capped local licenses or exist in counties with ordinances that ban their business models. Most of those companies are considered pioneers, but they lack the capital to pick up and relocate to another community that might welcome their services.

The end result has been a significant contraction of existing marijuana businesses that at the same time expands opportunities for new firms to enter down the road.

If you’re interested in exploring your legal options for entering the marijuana industry in Los Angeles, contact an experienced Los Angeles marijuana lawyer for a free initial consultation. An attorney who understands local regulations and ordinances in addition to the state laws that at times appear constantly in flux can help ensure you enter the market on stable footing with a solid investment.