Attempting to carry marijuana or any form of cannabis onto an airplane has historically been a good way to end up prison, especially if the amount being transported is substantial. 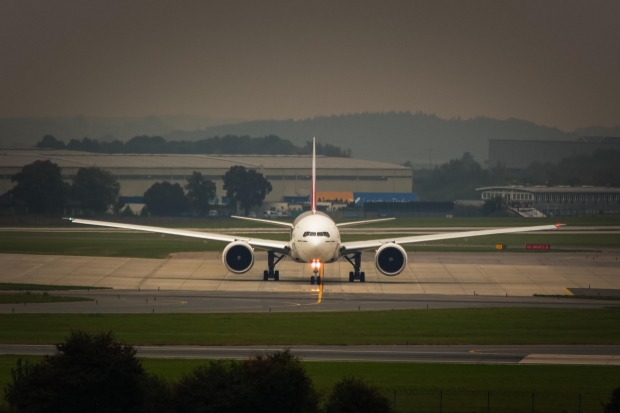 However, that could be changing, at least in states where the drug is now legal.

The Portland International Airport in Oregon now allows passengers to fly out of their terminal with carry-marijuana. But – and this is a big “but” – it only applies if passengers are flying from PDX to one of the four airports elsewhere in the state.

Numerous signs throughout the terminal serve to remind passengers that transporting marijuana across state lines is against federal law, as well as the laws of other states.

Carry-on marijuana is limited to those who are allowed to possess it under state law, which means it’s only allowed for passengers over the age of 21 who have a lawful amount.

The new policy was enacted as of July 1st, which was when Oregon became one of the growing number of states to legalize marijuana possession and use for recreational purposes. The other states that have approved recreational marijuana are Colorado, Washington, Alaska and the District of Columbia.

However, marijuana remains illegal under federal law. The Transportation Security Administration oversees security at all airports in the U.S. However, the agency said while its officers will continue to screen for materials and objects that may interfere with transportation safety, it will now contact local law enforcement officials if there is a need to assess whether a person’s possession of marijuana is illegal.

Still, officials said if someone meets the basic criteria and is flying in-state, they’ll likely simply be told, “Have a nice flight.” Authorities said calls will be made on a case-by-case basis. Of course, there is always the possibility a person could be detained if they arouse any level of suspicion. Possession of marijuana could certainly be used as an excuse, despite it being lawful.

This measure will likely affect relatively few people. Of the nearly 16 million travelers who passed through PDX, only about 640,000 were flying to other locations within Oregon. That’s only about 4 percent. It would only be these individuals who would be eligible for the green light.

A number of other airports within the state are considering similar policies, but those have not yet been formulated.

Airports in other states have varied in their interpretation of state law legalization as it affects those who are traveling. For example at the Seattle-Tacoma airport, anyone caught with more than the legal maximum limit is going to be arrested. However, those whose possession is deemed within the legal limit will likely receive a warning if they plan to travel out-of-state that the laws of their destination are likely much different, and they could face arrest upon landing.

In Spokane, officials follow a similar protocol, with police agents offering to destroy the substance for passengers who may not wish to risk the possibility of having with them a substance that’s illegal in another state.

Meanwhile in Denver, where marijuana has been allowed for recreational purposes since last year, airport officials still prohibit marijuana possession on airport property. Violators face a fine of up to $1,000. Last year, more than two dozen passengers in that city were caught with small amounts of marijuana, and all complied with officer requests to throw away their supply. Another 13 passengers did the same this year. So far, no one has received a fine from the airport.

In Alaska, regulatory issues pertaining to marijuana on airplanes remains largely unresolved. A review is underway, but for the moment, passengers are not allowed to fly with marijuana and those found in possession could be subjected to detainment by local law enforcement officials, who are called to determine whether there has been any violation of state law.