One of the primary concerns of opponents to marijuana legalization was that it was going to fall into the hands of teenagers, whose brains are still developing and lack the full capacity for risk assessment. 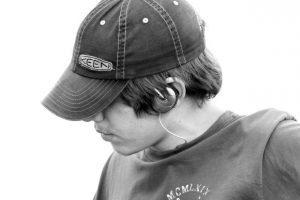 Now, a new study analyzes a host of risky teen behavior, including marijuana consumption. Among the findings of the Monitoring the Future survey, conducted by the University of Michigan, younger teens are reporting that marijuana is more scarcely available to them now than it was nearly 25 years ago.

At this point, explanations for this trend are theoretical. What we do know, however, is that legalization of marijuana leads to greater regulation. It undercuts the black market, where there are no rules about who can buy marijuana or how much. With those black market outlets shrinking, it puts most of the supply in the hands of regulated dispensaries, which are overseen by the state. The state has very strict rules about who can purchase the drug, how much they can buy – and how old those buyers have to be.

Meanwhile, high school seniors have been asked this same question since 1975. Of those, 81 percent said marijuana would be fairly easy to get. That sounds like a lot, but that’s actually lower than any other year.

When it came to actual use of drugs among 8th graders, the rate dropped. It was about the same for 12-graders this year as it was last year.

The director of the National Institute on Drug Abuse told U.S. News she was somewhat surprised by the findings. Her office had predicted that teen marijuana use would spoke, given that there were lower perceptions of it being dangerous and that legalization would mean it was more readily accessible. But as it turns out, that hasn’t happened. We now have eight states plus the nation’s capital that have legalized recreational marijuana for 21-and-older adults. Plus, more than half of all states now have medical marijuana laws, which all began with California back in 1996.

Interestingly during this time, teen marijuana use rates have either dropped or stayed the same, while adult use of marijuana has gone up.

A spokesperson for the Marijuana Policy Project pointed to this as clear evidence that the best way to halt teen marijuana use is through regulation and education – not by blocking access to responsible adult consumers and ailing Americans. Yet every time there is a discussion about marijuana prohibition, the issue of teen use and accessibility comes up.

The executive director of the Drug Policy Alliance notes this kind of research just underscores what his organization has been pointing out for some time: That the argument that marijuana legalization hurts children simply has no substance. In fact, the very opposite may be true.

Marijuana Is Harder Than Ever for Younger Teens to Find, Dec. 13, 2016, By Steven Nelson, U.S. News and World Report