Perhaps feeling emboldened by the recent California Supreme Court ruling upholding the right of municipalities to uphold a ban on local marijuana dispensaries, the city council in Riverside is now taking aim at another vital service: marijuana delivery. 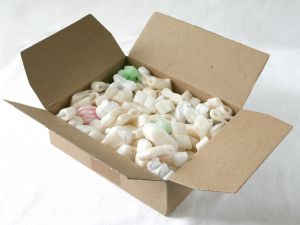 Our Riverside medical marijuana lawyers question the authority of the council to take such action, let alone enforce such action.

Marijuana delivery services have become a popular way for chronically and terminally ill patients to obtain their medicine without having to travel far distances to dispensaries – providers that have become in fewer and farther between, with the onslaught of federal crackdowns and some local efforts to bar accessibility for everyone, regardless of circumstance.

The city’s medical marijuana dispensary ban, upheld in May by the state Supreme Court, failed to address the issue of mobile providers. In an effort to continue to provide services to patients, many formerly brick-and-motor facilities in Riverside have been altering their operations to become mobile.

The city responded to a proliferation of these operations after the court ruling by enacting an emergency ban. There isn’t a single word in the high court decision that indicates the justices intended to include mobile dispensaries as part of its ruling, which means the authority of the city – or any local officials – to enact such a measure is suspect. Not to mention, it’s unclear how the city would enforce such an ordinance. For example, would they establish mobile dispensary checkpoints throughout the city? If so, at what cost?

The local police department said it would likely act when notified of an operation through advertising or when someone is victimized by a crime. The latter, we believe, only serves to push these operations further underground by giving operators an incentive not to report serious crimes.

City officials say they have a vested interest in eliminating mobile medical marijuana operations because they allege the (unsubstantiated) proliferation of crime that supposedly plagued storefront facilities is now being carried out in residential neighborhoods. One official cited a single report of an armed robbery of a mobile dispensary driver as proof.

However, the danger here is grossly overstated. Pizza delivery drivers get robbed. So do liquor stores. So do armed security trucks. Do we respond by banning all of these?

From our perspective, the government is attempting to justify its position by blaming the victim. What’s more, these instances of robbery against mobile marijuana services personnel are not pervasive, certainly not to the point of requiring a city-wide ordinance to ensure neighborhoods are protected.

There is nothing in state law that prohibits collectives from growing the drug and then subsequently delivering it to other members who need it. If local officials want to take action against those providing this valuable service, our Riverside marijuana lawyers are prepared to mount a swift and powerful legal defense.

About 200 cities in California have banned retail medical marijuana sales. About 40 cities have laws expressly allowing dispensaries. Advocates with Americans for Safe Access said the ban in Riverside is the wrong approach to regulation. Not only is it likely to result in more litigation, it severely restricts access for those patients who have neither the skill nor the money to grow the plant on their own.