The former mayor of Santa Fe Springs, accused of running an organized shakedown of medical marijuana dispensaries in the city, has been sentenced to two years in prison for bribery, according to The Los Angeles Times. 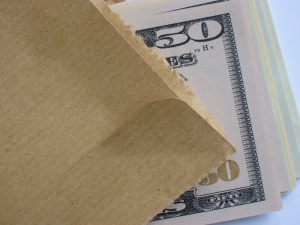 Our Los Angeles marijuana lawyers believe this was an important case in that it illustrates that owners and operators of dispensaries are law abiding citizens providing a valuable and legal service and will not tolerate pressure from powerful outside forces to break the law.

In this case, the dispensary owner turned to the FBI for help and became a valuable informant after the councilman-turned-mayor shook him down.

After all has been said and done about the perceived illicit nature of marijuana dispensaries, in this case, it turned out to be the city government that was overwrought by corruption. Court documents reveal ample evidence that bribes were reportedly a regular way of doing business in the Santa Fe City Hall. There were allegedly fixed council elections, cash passed to council members in shoe boxes and drug runs made to illegally purchase drugs for use in City Hall.

Most troubling, perhaps, was a statement made by the Assistant U.S. Attorney, saying that corruption at the highest levels of smaller governments in Los Angeles County appears to be “rampant.”

Altogether, the mayor alone, who is worth an estimated $600,000, was convicted of taking $17,000 in bribes. Two others have been convicted so far as well, and are awaiting sentencing.

At the time the three worked to arrange and accept these bribes, the city was mulling the possibility of limiting or banning marijuana dispensaries in city limits.

One man began to ask about potentially opening up a marijuana dispensary there, and he subsequently met with the mayor, who demanded he pay $1,500, which was disguised as a loan agreement. He then went to the authorities.

A few months later, the mayor told the dispensary owner he would been to be paid a “minimum” of the payment he makes on his mortgage, which at the time was $1,600 a month. What he didn’t realize was those conversations, by that point, were being recorded.

That same dispensary owner was asked by FBI officials to inquire about opening a marijuana shop in neighboring Cudahy, where he was again asked to pay a bribe.

Those officials were ultimately indicted and convicted as well, and even more investigations are ongoing.

With regard to the mayor, he later pleaded for mercy, saying he had caved to financial pressures. The judge, in reviewing his net worth and annual salary, said he did not buy that argument.

will have to serve two years in prison, followed by three years of probation and pay $10,000 in restitution to the FBI.

If you are a dispensary owner who has ever been approached by any city official for a bribe, you may be apprehensive, given the current legal climate, to approach authorities. Your first move should be to contact an experienced marijuana attorney to explore your options.