California’s Compassionate Use Act, the 1996 law that made this state the first in the country to allow medical marijuana, gave patients with serious illnesses a means to access cannabis products for free through small, non-profit collectives and dispensaries. However, since the passage of Proposition 64 in 2016, wherein California voters approved cultivation and sales of the drug for recreational use, funding for low-income patients qualified for medical marijuana through CUA has run dry. 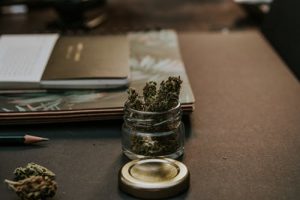 Our Los Angeles marijuana lawyers know this is largely thanks to the fact that with legalization came a flood of state and local taxation. The drug is taxed at virtually every stage – from seed to sale – making it difficult if not impossible for patients to access the drug at lower costs as they once did. Marijuana is taxed largely the same whether it’s donated for medicinal use or sold for profit. The markup can be as much as 40 percent.

Patients who have relied on cannabis as a daily use medicinal said the prices have resulted in the plant being out of reach. Some point to this as yet another piece of the puzzle as to why the black market thrives. Low-income patients, veterans and others face buying illegal stock or else going without altogether. Some providers who were once paying $10-per-patient suddenly were suddenly paying $100-a-patient after Prop. 64.

SB-34, signed by Gov. Gavin Newsom earlier this year, is an attempt to rectify this problem.

This law will remove the cultivation, retail and excise taxes on cannabis that is donated via still-existing compassionate care programs. This means that some of the groups that significantly curbed or stopped entirely their charitable missions post-Prop. 64 are now considering kicking them back into gear in 2020. Those include groups who specifically banded together to help veterans, AIDS patients and those suffering from various cancers.

Patients would still need a doctor’s recommendation and/or diagnosis and proof of low income to qualify for free cannabis.

Still, some aren’t sure if it’s truly feasible, especially if they have to pay thousands or tens of thousands of dollars to become licensed distributors. Some licensed marijuana businesses are exploring adding the option to existing operations. Other small non-profits are exploring the legalities of partnering with groups of smaller marijuana farms to generate profits from other sales that could be rolled into cannabis relief for certain patients in need, such as veterans.

You might recall the original purpose of the Compassionate Use Act had been to secure access to medicinal cannabis for patients ailing from serious conditions like AIDS, cancer, PTSD, glaucoma and others. Significant costs associated with procuring the crop, however, was always a concern. It just happens to be at a premium now in California, and it’s still not something health insurance plans will cover, given the fact that marijuana remains a federally prohibited crop per the U.S. Controlled Substances Act.

Cannabis has been shown to alleviate some patients’ pain, and without the danger posed by powerfully addictive narcotics like opiates. It also helps spur appetite, a benefit some cancer patients have credited with saving their lives when their will to eat was all but decimated by heavy pharmaceuticals.

Any non-profit or marijuana business considering this kind of operation should consult with an experienced Los Angeles marijuana attorney.