Even though time and again we see stories of people whose health was positively affected by cannabis, we still 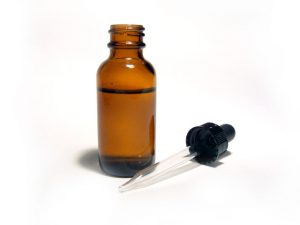 constantly find those who insist on fighting this useful treatment and punishing those who need it. The latest story comes out of Georgia, where a high school football player has been told the medical treatment that controls his seizures will prevent him from pursuing his dreams, according to a CNN report.

The senior committed to Auburn University in Alabama next school year, but was later informed that he would not be allowed to play football while continuing to use CBD oil. Because the decision came down from NCAA, it also means he wouldn’t be able to play for any other NCAA school. NCAA guidelines state that players cannot have any tetrhydrocannabidinol, better known as THC, in their systems. This is the component of cannabis known for creating a high sensation. Because it remains in the system long after the high is gone, it’s difficult to test whether a person is was under the influence an hour ago or three days ago.CBD oil, however, has less than .3 percent THC. Its primary ingredient is cannabidiol, the component in cannabis that does not cause a high, and has been used to treat many ailments. That less than .3 percent THC, however, can still show up on an NCAA drug test and disqualify players, regardless of the fact that the amount is so trace the player would not feel high, even right after taking it. Advocates are urging NCAA to revisit their rules and make exceptions for medical treatments, especially in this case when so little THC is involved. But NCAA iss ticking by the federal government’s Schedule I classification of cannabis under Controlled Substances Act, 21 U.S.C. Section 812.

There are a wide variety of symptoms relevant to football players that could benefit from cannabis treatments. For example, Project CBD, A California-based nonprofit whose goal is to educate and promote the medical benefits of cannabis, has been petitioning NFL to investigate medical marijuana as a treatment for players, particularly those with traumatic brain injury. An emeritus professor at Harvard Medical School wrote an open letter to NFL commissioners asking that, in lieu of available research from pharmaceutical companies or the federal government, that they fund a program to find concrete evidence on the effectiveness of CBD’s anti-inflammatory properties on concussions in football players.

As our Orange County medical marijuana attorneys can attest, we have seen plenty of cases where people’s lives were turned upside down because they had the audacity to prioritize their health with an effective and safe medical treatment. But some cases demonstrate more than others how ludicrous our current situation is regarding cannabis in this country. It’s incredible to see a young man overcome health problems as intensive as seizures and then go on to not only play football, but to help his team to the state championships. Seizures didn’t stand in the way of him achieving success, but the powers that be say a tiny, inconsequential percentage of THC in his system should end his career. That is wrong, and it’s why we stand up for the rights of medical marijuana patients and businesses. No one should have to sacrifice their health in order to participate in college programs or pursue a career.