Although neither U.S. Attorney General Jeff Sessions or President Donald Trump have directly addressed the issue of cannabis legalization or the disconnect between federal and state laws, it does appear that the administration may likely follow the current status quo. That is, they will focus any efforts pertaining to marijuana toward attacking illegal drug cartels, rather than dispensaries or individuals who are operating legally under state law. This is the presumption, anyway, but rumors are still flying. 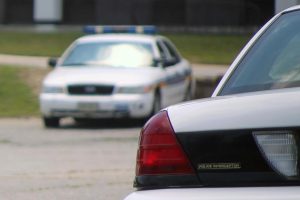 There was a blog recently that indicated White House Press Secretary Sean Spicer told a reporter that the administration would “unlikely” pursue action against states that have legalized the drug. However, when reached for confirmation of this comment, Spicer reportedly responded in an e-mail that he had “no clue where (that report) came from.”

There could be some insight provided in a recent report published by Capital Public Radio. In that piece, Sacramento County Sheriff Scott Jones commented on a recent meeting he had with Sessions, where they reportedly discussed both marijuana and immigration. In that discussion, Jones said Sessions commented that he didn’t think the federal government would put much if any time or energy on marijuana use or low-level local and state crimes. However, he reportedly said he had not ruled out the possibility of federal prosecutors getting involved where there are larger-scale operations.

Although the federal government previously went after marijuana dispensaries with a vengeance for violation of federal law – even when those operations were in compliance with state statutes – Jones said Sessions didn’t say anything to lead him to believe the U.S. Justice Department would revert back to the pre-Cole Memo policy. As for marijuana policy, the sheriff said he expected most Justice Department operations moving forward would focus on illegal drug cartels engaged in drug trafficking.

Cartels, it should be noted, are in worse shape these days then ever before with the expansion of marijuana legalization across the U.S. As it now stands, most states in the country have some type of law that allows people access to medical marijuana, though 14 states only allow for the use of cannabis extracts that are low in THC and high in the non-psychoactive cannabinoid compound. Most of these states restrict use for severe and debilitating conditions, such as epilepsy and cancer. A handful of other states – including California – now allow for possession, use and sale of restricted amounts of the drug for recreational purposes.

A recent report by the Los Angeles Times indicated that medical and recreational marijuana in the U.S. has caused a market crash in Mexico, where prices on the black market have fallen by some 70 percent. Grower with the infamous Sinaloa Cartel told the reporter that prices had fallen over four years from $100 per kilogram to just $30. Because of a drop in profits, the amount of product being produced and smuggled has also fallen. It’s really simple supply-and-demand. Back in 2008, about two-thirds of the marijuana consumed in the U.S. came from across our Southern borer, according to the RAND Corporation. Today, that has fallen substantially, accounting now for only about a third of marijuana consumed.

If that is the case, it wouldn’t be far off from the Obama-era policies that were enacted later, and involved a laissez-faire approach to the state-by-state marijuana legalization movement. However, the Obama administration still targeted a number of legal state operations – many of those in California – that still endured substantial legal woes as a result of federal raids.