For years, the biggest threat for small-time marijuana dispensaries and collectives in California were the authorities – namely, the federal government. Now as that threat is waning, a new one has emerged: Big business. 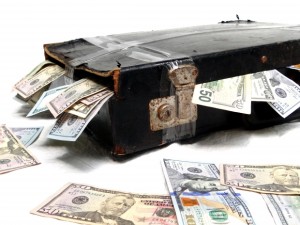 California was the first to legalize the drug as medicine in 1996, but those who dispensed marijuana were never allowed to make a profit. Until now.

Well, actually, two years from now. That’s when the measure that will pull marijuana off the black market will fully go into effect, and the new California medical marijuana czar will initiate the licensing, product testing and tracking seed-to-sale of the drug. And for the first time, dispensaries will be allowed to make a profit.

The New York Times reported that last year, the California medical marijuana industry generated some $2.7 billion in sales. But all of that was funneled through non-profits. Now, companies will actually be allowed to profit from it, and there will be no limitation on how many plants farmers can grow.

In general, that’s very good news. However, as our experienced Los Angeles marijuana lawyers know, there is concern this will drive smaller providers out of operation.

Big names and corporations are scrambling to establish a piece of this new industry of large-scale, legalized marijuana farming. The stakes are especially high because California voters are predicted in November to approve a measure that will legalize marijuana for recreational purposes.

As the California market for legal marijuana already far exceeds that of Colorado and Washington, which have already legalized recreational use, the promise of profits here is a huge draw. It’s expected that if recreational marijuana is legalized in California, sales here will more than double by 2020. The mayor of Adelanto says taxes from marijuana sales alone could match the city’s current $10 million budget.

That is why the price of land in Southern California cities like Desert Hot Springs and Adelanto has tripled, almost overnight. Investors and entrepreneurs have snapped up all the land in those regions where cannabis cultivation is likely to thrive. Celebrities like Snoop Dogg and Ky-Mani Marley (Bob Marley’s son) are trying to work out deals for marijuana growing licenses.

Through all of this, there is concern that these kinds of corporate interests are going to shut out those small-time growers, as well as the counter-culture that’s been a cornerstone of California’s cannabis community for years.

Smaller farmers have expressed concern, and say they want those coming in to respect the code they have established, which is unofficially: Respect the land and respect the people.

In order to help compete with these larger outfits, a band of farmers in Humbolt County has agreed to work together to sell their product under a single banner: Emerald Family Farms. The idea is that in order to compete with mega-grow operations, they are going to need to work together. Their hope is that enough people want to buy their cannabis from local farmers with years of experience over behemoth conglomerates.

In either case, there is hope that the new industry will generate more jobs. For example in Adelanto, the unemployment rate here is higher than 10 percent – more than double the national average of 5.5 percent. Marijuana growers will be required to hire half of their workers locally.