Drive-thru cannabis dispensaries are banned in California, but thanks to a small loophole in the law, Southern California is getting its first in, in Desert Hot Springs. It is the second one in the entire state. 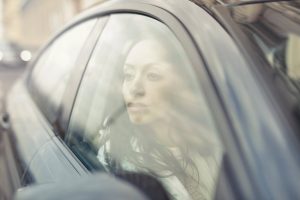 The state’s recreational cannabis law does expressly prohibits marijuana drive-thru operations – unless a dispensary applied for a permit prior to June 2018, when Prop. 64 rules were finalized. Harborside cannabis dispensary filed its application for a drive-thru shop earlier that year, so it’s allowed to proceed with its marijuana business plan.

Approaching customers will have the benefit of a large, electronic menu, where they can place orders for edibles, vape cards and pre-rolled joints – the same way one might order a Happy Meal (except you will have to show ID to prove you are of age). Passengers, however, will not need to produce identification.

Desert Hot Springs, located in the Coachella Valley geographic region of Riverside County, is a great place to start, considering it was one of the first to welcome legal recreational marijuana with open after Prop. 64 passed in 2016. (Eighty percent of California jurisdictions have decided not to allow cannabis to be sold in their jurisdictions.)

Drive-Thru Dispensaries in Other States Thriving

The first legal drive-thru marijuana dispensary in the country opened in Parachute, Colorado in 2017. The owner told The Washington Post the idea was sparked after he noticed how many after-hours customers came knocking at his dispensary. Drive-thru service, he said, would be a better option for late-night customers. The drive-thru appears to still be open and doing well.

Around the same time, a drive-thru pot dispensary opened in Las Vegas as made from a converted bank teller window, bullet-proof glass and all.

In Florida, there are several medical marijuana drive-thru locations, though none yet for recreational marijuana, as it has not yet been approved there. The owner of one location noted numerous customers were afflicted with debilitating conditions that impacted mobility, making drive-thru and free delivery services essential.

In Vermont, a medical marijuana drive-thru window dispensary handles roughly one-third of the business at one facility. That service too is only for medical marijuana patients, who must first place their orders online. They are then free to come to the drive-thru to pick them up. Turnaround time can be as little as 30 minutes.

In Massachusetts, one purveyor has proposed opening up a drive-thru service in Boston.

Entrepreneurs wading into this kind of business model will need to take some extra precautions to ensure they’re on the right side of the law. This is especially true in California, where so few facilities are actually going to be getting licenses to engage customers this way.

But some like one in Adelanto, are weighing the possibility of pickup service, similar to the Vermont setup. People wouldn’t actually order at the window; they’d order online and then come to the drive-thru window to pickup, just like at pharmacy.

Cannabis companies that want to try out this type of business model should consult with an experienced Los Angeles marijuana business lawyer to ensure they aren’t running afoul of the state’s provisions against drive-thru services.