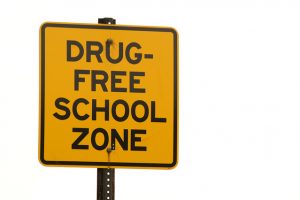 medical marijuana. Delaware News Journal reported an increasing number of parents are turning to cannabis for their children with especially serious or rare conditions. It’s no wonder then that California lawmakers recently passed a bill to allow medical marijuana on school premises.

SB-1127 was introduced by Calif. Sen. Jerry Hill (D-San Mateo) and has passed both houses of the state legislature. Ultimately, the bill would leave it up to school districts and boards of education to decide whether or not to allow medical marijuana on school grounds. While it’s noble to allow school district to have some autonomy, this decision could lead to much confusion and unnecessary distress. Prop 64 allowed cities in California to maintain a ban on sales and cultivation at their own discretion, and it has led to a great deal of Californians not being able to full participate in the cannabis economies they voted to legalize. Similarly, the most vulnerable students and their parents could very well be pigeon-holed by rigid district officials and judgmental peers who can’t understand the complex decisions a parent must make to ensure their child has the best care possible. After all, cannabis generally isn’t recommended by physicians for children except in severe cases.
Parents would still be required to administer the medication as needed, and it cannot be smoked or vaped, nor can it be stored at the school. The new bill, if signed into law, does eliminate one step parents must currently fulfill. As it stands now, parents must comes to the school and remove the child from the property before they can give them medical cannabis. Allowing parents to remain on campus at least eases that one burden. Ideally, nurses would be able to dole out medications to children, but public schools are bound by federal law, which still bans cannabis in all forms.

Skeptics say there has not been enough research on medical marijuana’s effectiveness on child patients, which is remarkably ironic considering the only cannabis-based drug to be approved by the Food and Drug Administration is specifically for children. Epidiolex passed the group’s rigorous standards in June and is expected to soon affect the federal scheduling of marijuana. The CBD-based drug is used to ease symptoms of severe forms of childhood epilepsy. As is the case when any medication is prescribed, doctors must consider whether the risk of the medication outweighs the immediate risk of the medical condition they are treating. In the case of debilitating and frequent seizures, the choice for many doctors as to whether to recommend medical marijuana clear.

Our Orange County medical cannabis lawyers are proud to fight alongside parents seeking the best medical options for their children. We hope school boards will see the intention behind this bill and be open to allowing parents the small luxury of being allowed to administer medical marijuana on school grounds. We hope they also will recognize what is best for the kids involved, whose lives are already so disrupted by serious medical conditions. Allowing a little normalcy in their lives by permitting them quick and efficient access to medicine is a small favor to ask.