Even though the Justice Department has decided to largely remain hands off when it comes to state legalization and medical marijuana, the federal government can still prosecute any marijuana crime–even if your home state says it is legal. One trap for the unwary involves paying taxes, as paying taxes on marijuana income is an admission of the crime. In a recent case, a federal court held up a Colorado tax on marijuana despite the claims that paying it amounts to self-incrimination. The plaintiff has argued that paying the tax was a violation against her Fifth Amendment rights. 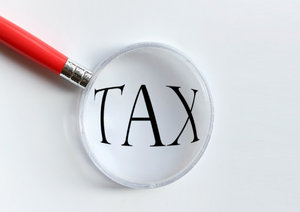 According to a Forbes report, the debate over self-incrimination and marijuana taxes is not over yet. Our Orange County marijuana law attorneys are dedicated to protecting the rights of clients involved in marijuana distribution, sale, growing operations, or who have been charged with a criminal offense. We understand the complex nature of marijuana cases and will help to protect California marijuana business and individuals in state and federal matters.

Taxes for recreational marijuana in Colorado are not cheap. Individual sellers must pay the normal 2.9% sales tax, plus an additional 10% marijuana tax. In this recent federal case, the plaintiffs and their attorneys have argued that forcing individual shop owners to pay the significant taxes on marijuana sales is in effect forcing them to admit they are in violation of federal law. As retailers in Colorado already know, marijuana is still illegal under federal law. Even for medicinal purposes, the drug is still a controlled substance and any act of distribution or sale could result in criminal liability.

The 5th Amendment assertions raise the complex issues regarding the current conflicts between state and federal law. As marijuana gains more widespread acceptance and more states push towards medicinal use or legalization, the state vs. federal conflicts become more pressing. Though marijuana is not legal for recreational use in California, the state has long had conflicts regarding taxation on dispensaries for medical marijuana users, though the state has generated significant revenue from marijuana taxes. California’s dispensaries are taxed locally and also pay a 5% statewide levy. California patients are also allowed to grow as much marijuana necessary to manage their particular needs.

For states, the revenue generated from marijuana sales can be compelling, though the taxation issues remain an issue. The federal tax code denies tax deductions even for the state’s “legal operations.” And according to the IRS, it must enforce the federally mandated tax code. The Marijuana Tax Equity Act is one solution to the legal complexities of state tax laws and self-incrimination. Under the new law, the federal prohibition on marijuana would end and the product could be taxed without growers and sellers fearing that they will be charged under federal law. The bill would impose an additional excise tax on cannabis sales as well as an occupational tax on workers who grow marijuana.