A judge’s ruling in favor of ordinances regulating medical marijuana in Los Angeles is by no means a sound victory for the City of Los Angeles and its much maligned ordinance.

“It has been a long wait but well worth it,” said Jane Usher, a special assistant city attorney. “It is absolutely gratifying to have the city’s ordinance validated.” 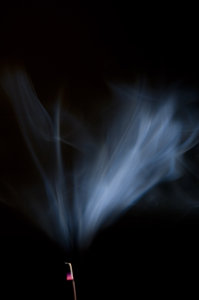 Our Los Angeles medical marijuana attorneys understand this is but one court ruling. Several recent rulings have been in favor of the medical marijuana industry. What is more concerning is the recent federal crackdown.

In the beginning of Obama’s term in office, his administration said targeting the medical marijuana industry would not be a priority in the states where it had been legalized. Either that was a lie or the administration changed its mind because now the DEA, the IRS and federal law enforcement agents are targeting dispensaries in cities that allow these operations — including Los Angeles. As we recently reported, feds are going after banks and dispensary bank accounts in an attempt to close them up and move them out.

Many medical marijuana advocates say the recent push from Los Angeles and the enforcement efforts of the U.S. government are threatening patient rights and access to legal medicine. Many residents throughout the state rely on this treatment to regulate debilitating conditions.

In the recent L.A. ruling, the judge ruled that the dispensaries in the city have no vested right to operate. The City Council will no doubt blend this into an overall strategy of incompetence when next it tweaks its ordiance. This would be the third version of this ordinance to regulate the local industry. The plan was that the city was going to hold a lottery to determine which 100 dispensaries would be allowed to stay open, but now officials are arguing that option would be “authorizing the distribution of a drug that is illegal under federal law.”

Many shops in the area report that they’re willing to work with city officials to help to solve the problem, but many are worried that the recent claim against “vested rights” will have a strong impact on the city’s new ordinance.

Superior Court Judge Anthony J. Mohr handled the recent ruling, which has been called “a victory for the city attorney’s office in its long fight to defend the law.”

Medical marijuana dispensaries are fighting a battle against the whole country now. In addition to laws regulating their operations throughout the city, they’ll now have to fight against the feds — U.S. Attorneys recently announced the feds’ efforts to shut down operations.

Some of the feds’ scare tactics already include warning letters to landlords, property forfeiture lawsuits and criminal drug trafficking enforcement.

The following areas have already had a taste of federal enforcement:

-Inland Empire
-Riverside County
-Orange County
You’re urged to recruit qualified legal representation to help you to prepare for the upcoming battle. Medical marijuana was legal in the United States until the 1930s. Our state was the first state to reassert its rights against federal regulations with the passage of the Compassionate Use Act of 1996. Since then, there have been 15 states that have decided to legalize the medicine.