The U.S. Drug Enforcement Administration has refused to budge on its Schedule I classification with regard to medical marijuana. 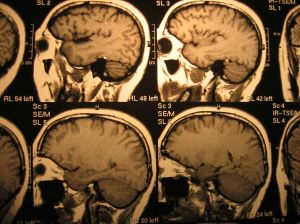 However, our Los Angeles marijuana lawyers understand that two recent studies by universities on opposite sides of the globe have uncovered the same result: marijuana significantly reduces pain, or at least a person’s ability to withstand it.

Such findings strike at the heart of the federal government’s argument that marijuana is a highly addictive narcotic with no medical benefit. It’s a question of how long federal authorities will choose to stick their heads in the sand or cover their ears when confronted with solid, scientific evidence.

The first of those studies was conducted by researchers at London’s Oxford University’s Centre for Functional Magnetic Resonance Imaging of the Brain. There, the doctors conducted a small-scale study of 12 healthy men in a controlled setting. Specifically, they set out to determine the benefits of an oral THC tablet, one of the many forms of cannabis that patients are prescribed.

The researchers began by giving each participant a small tablet of THC or a placebo. Then to induce pain, the researchers on some participant’s legs rubbed a chili cream known to cause burning and pain. On the legs of other participants, they rubbed a placebo cream. After this, the men underwent an MRI, and asked to rate the intensity of their pain.

Further, the MRI brain scans served to verify what the participants were reporting – which it did.

Another study, conducted by the University of California’s Davis Medical Center, sought to look at how vaporized marijuana affects neuropathic pain. The answer: significantly.

Published in the Dec. 2012 edition of the Journal of Pain, the double-blind, placebo-controlled crossover study determined that those given vaporized cannabis reported significant reductions of pain versus those who were given the placebo. These were 39 individuals who had been diagnosed with central and peripheral neuropathic pain were given varying amounts of vaporized marijuana, from low to medium doses.

The researchers found that not only was the vapor an effective pain reliever in both doses, but the psychoactive effects were “minimal and well-tolerated,” indicating a person could easily go about his or her day after taking the medicine without being sidelined. The researchers found that patients, on average, experienced a 30 percent reduction in their pain levels.

This is only the latest in a long line of formidable research that underscores the legitimacy of the drug. Even though marijuana is recognized medicine in 18 states and the District of Columbia, the federal government refuses to ease its Schedule I classification.

Of course, the DEA has not provided a response to this – or any of the other previous studies, except to state its continued support of the current classification.